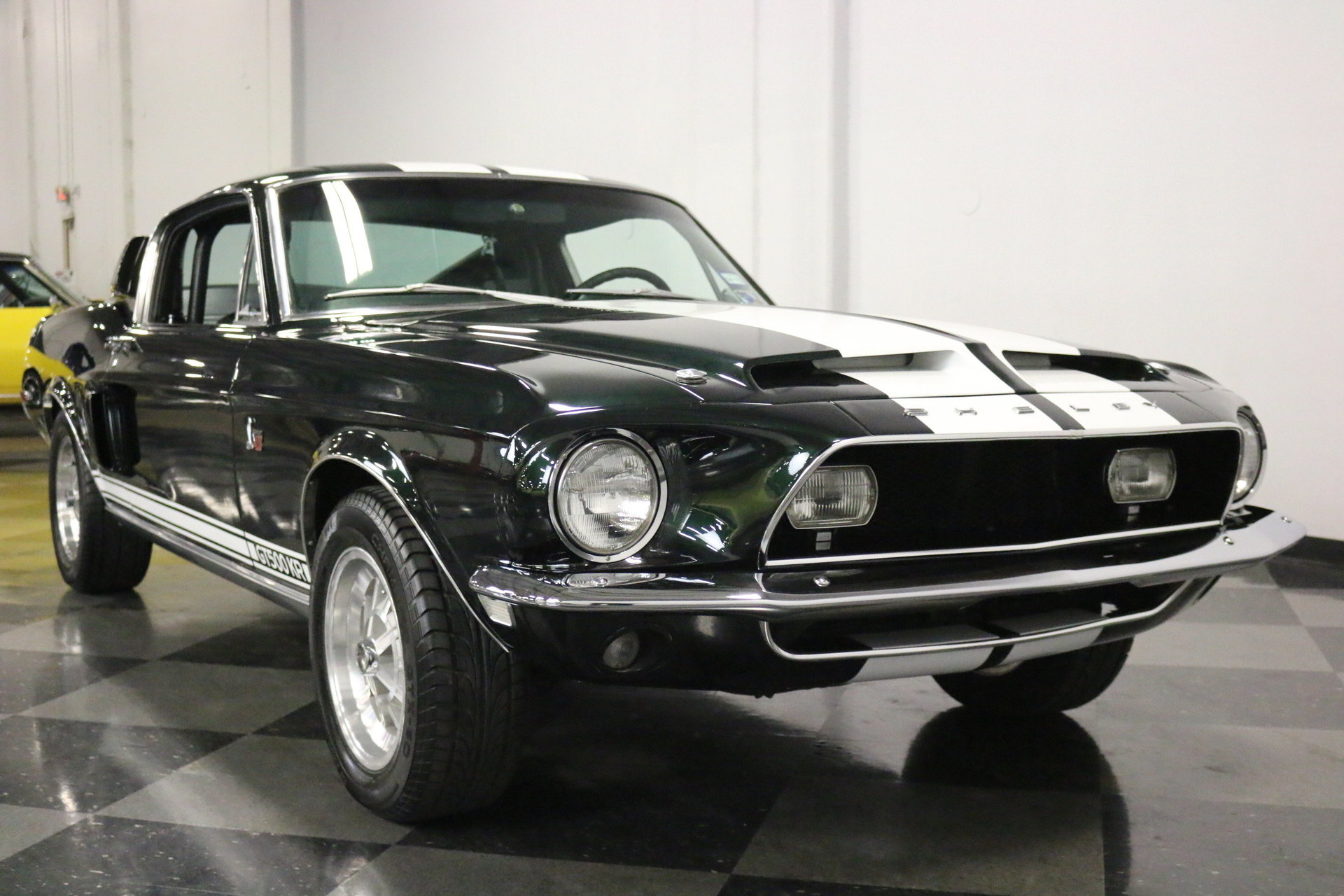 In the world of ultra-high end American muscle cars, they don’t come much rarer than this 1968 Ford Mustang Shelby GT500KR. You’ll see original specimens like this only slightly more often than you’ll encounter comets passing overhead – there were only about 1000 of them produced to begin with a half century ago and a large percentage of those have, of course, fallen by the wayside. Factor in that this ’68 has been through a full and complete restoration in its life and still has only logged about 55,000 miles in its time and you can see what an unusual opportunity this iconic car represents. Nearly every classic car enthusiast has his or her favorite models, but you’re sure to get consensus as far as the awesomeness of this very special Mustang. It’s draped with Ford’s distinctive Highland Green shade – one of the most sought after of its time and looking great underneath a very strong clear coat, with a pair of broad racing stripes running from hood to deck lid that still have their sharp edges. You’ll find impressively well aligned body panels from front to back and all those great Shelby touches separating this rare breed from its more common counterparts are on display – the fiberglass hood is precisely fitted and features a functional scoop to channel air to the premium powerplant waiting inside, functional side scoops help cool the brakes in back, the taillights are nice and clear in their chrome panel, the bumpers both fore and aft are straight and unblemished, and its assortment of badging is looking sharp. The black vinyl interior remains in its original configuration and, with so few miles logged, presents very well. The seating in both front and back doesn’t show much wear at all and the front buckets straddle a center console that still sits straight and securely moored in place with its Cobra emblem completely intact and appearing fresh. The leather-wrapped Shelby steering wheel has a great feel to it and just beyond it, the dash area also impresses, with stock gauges carrying crystal clear lenses in its woodgrain cluster and a nice straight dash pad over the top with not a crack in sight. The headliner sits tight against the roof and a fresh expanse of black carpeting runs under the seating. A peek under the deck lid will reveal the well-ordered trunk area you’d expect based on the rest of the car, with lining securely in place and solid components inside. Yep, this is one exceptional Pony, indeed. There’s a very clean engine compartment sitting underneath that distinctive hood, with the original 428 cubic inch Cobra Jet engine still holding court between the shock towers, properly dressed in Ford blue, with a 4-barrel carb sitting under its air cleaner and surrounded by fresh hoses and wires. It’s a potent engine in great form – the 335 horsepower that Ford originally claimed to go along with its 440 lb-ft of torque was considered by many experts to be significantly underreported so as to sandbag competitors at the time. There are no signs of leaks inside – the seals are looking nice and dry. Ford engineered power steering that was well-ahead of its time as far as responsiveness is concerned and, with power brakes at all four corners and discs in front, this exceptional Mustang has all the stopping power it needs as it prowls the asphalt on its set of 15″ Shelby wheels outfitted with Champiro GT tires. Lightly travelled and in unusually impressive condition, this 1968 Ford Mustang Shelby GT500KR would be a stunning centerpiece to any collection. 1968 Ford Mustang GT500KR For Sale up for sale on Streetside Classics and eBay price:US $169,995  Source: Streetside Classics and eBay 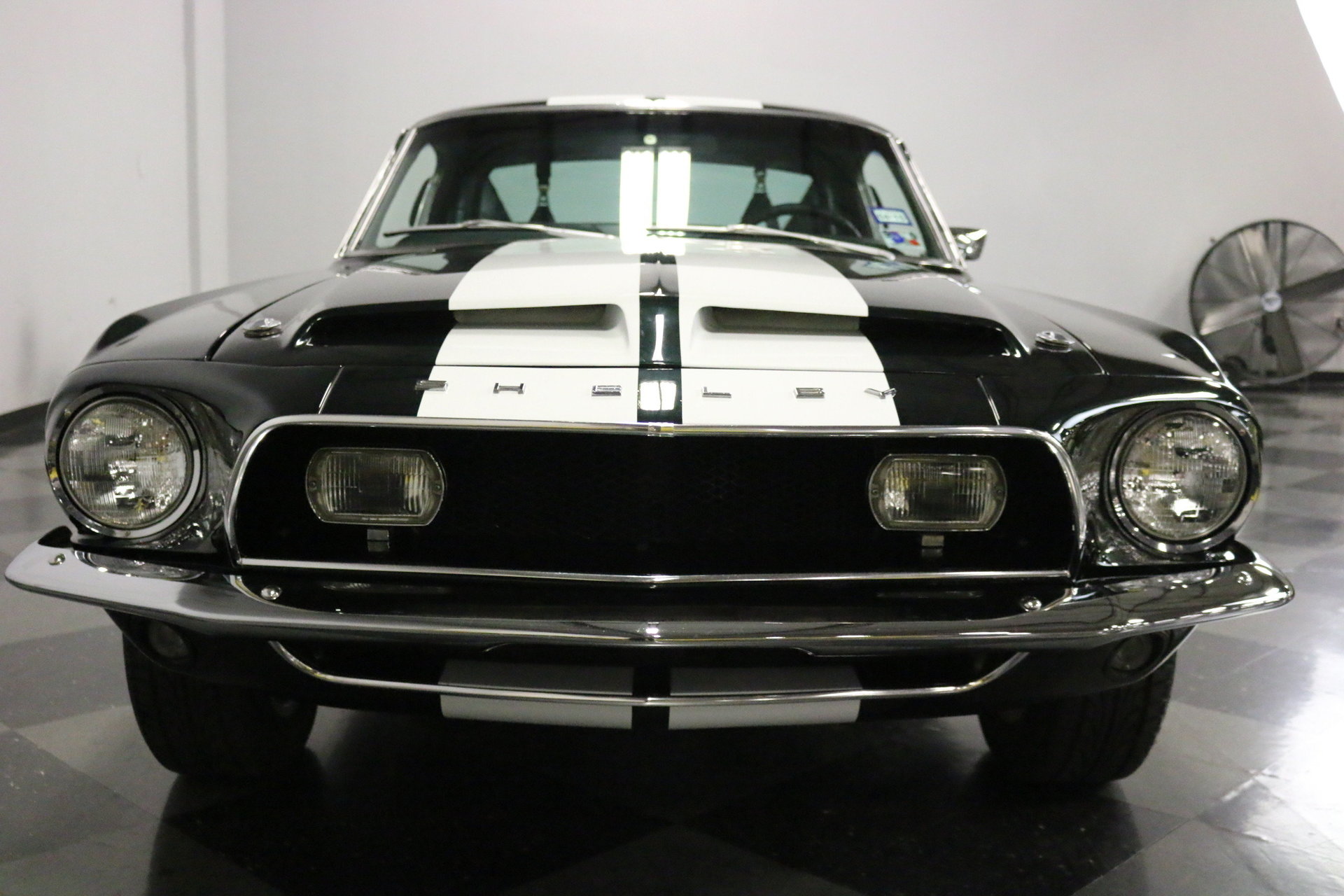 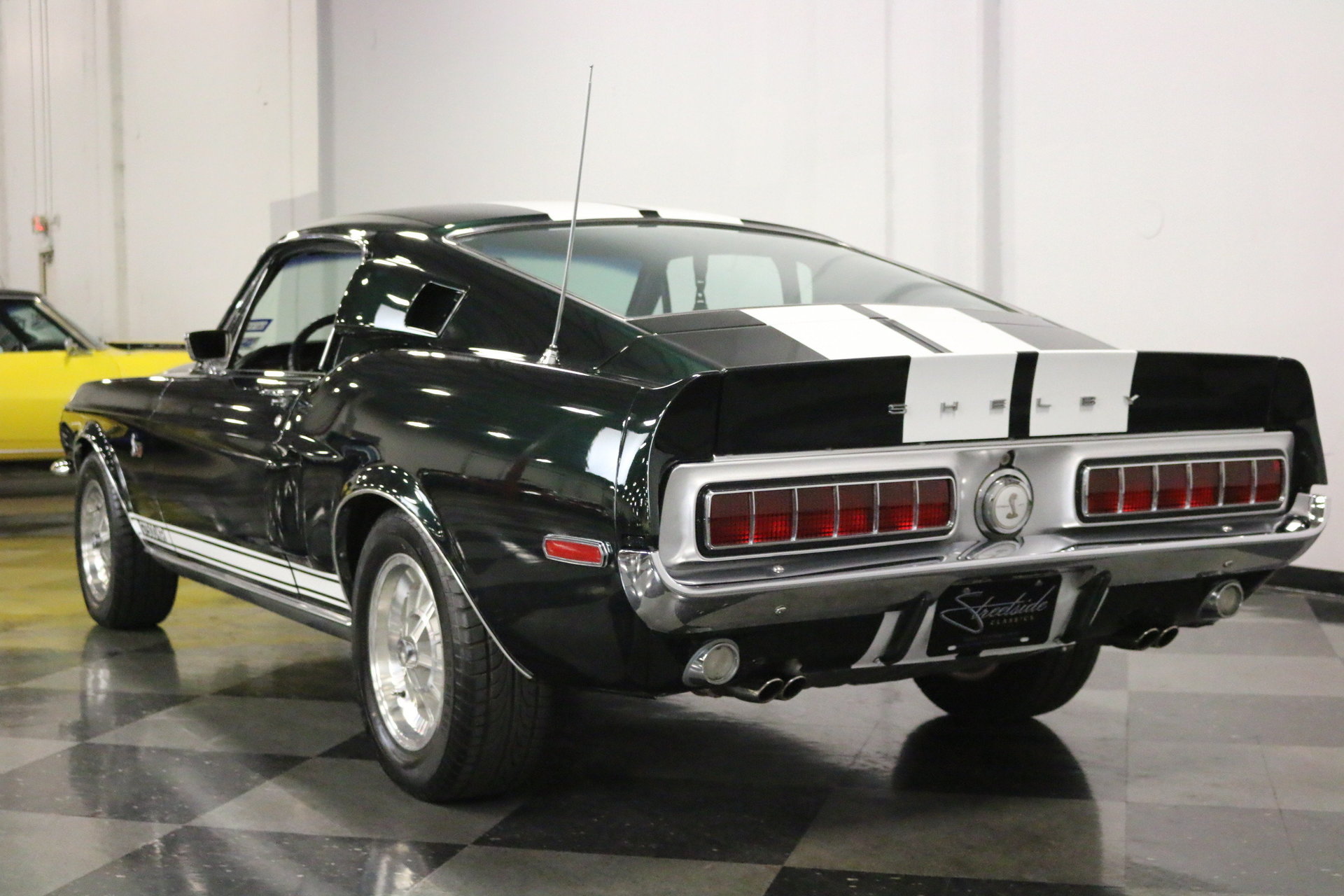 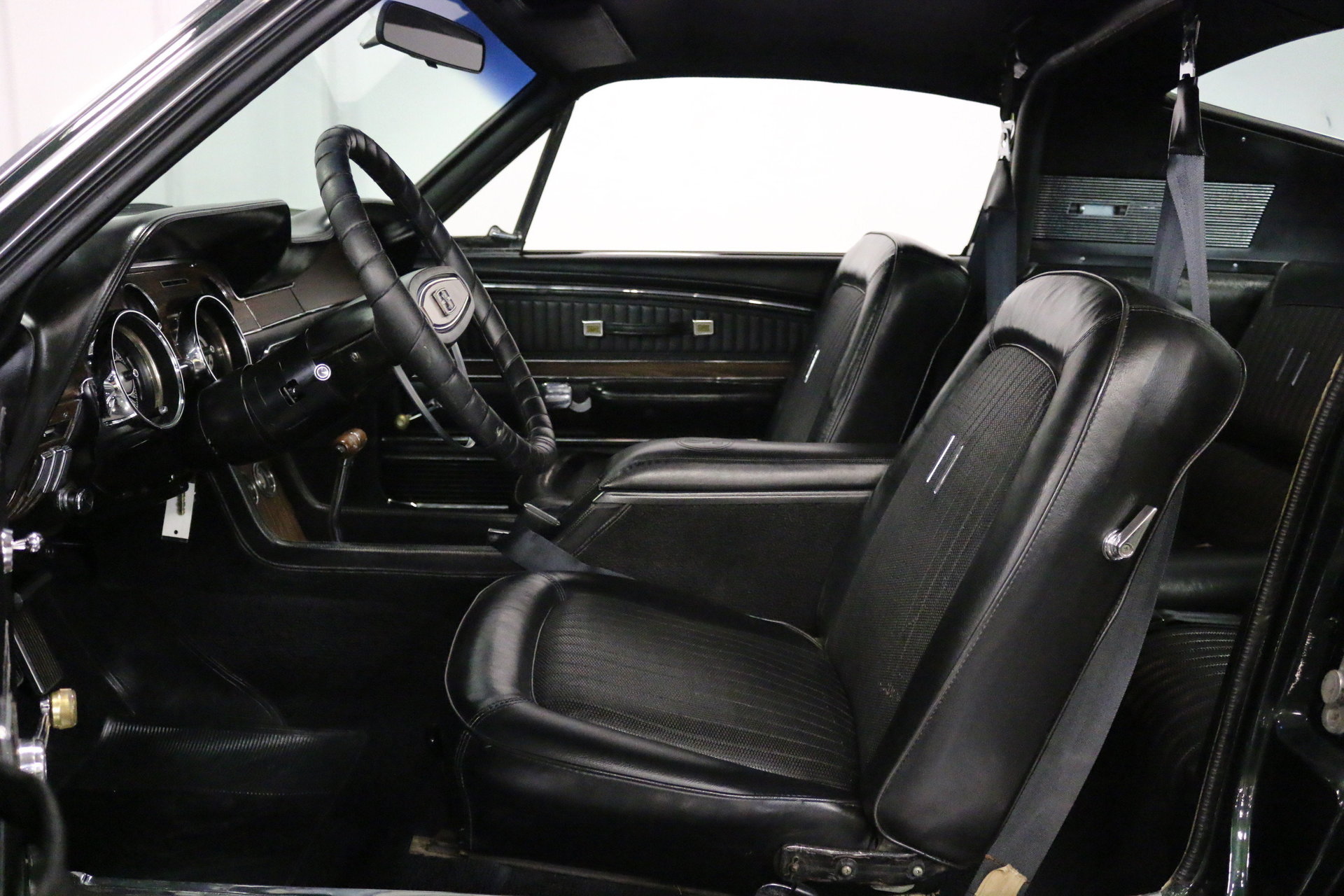 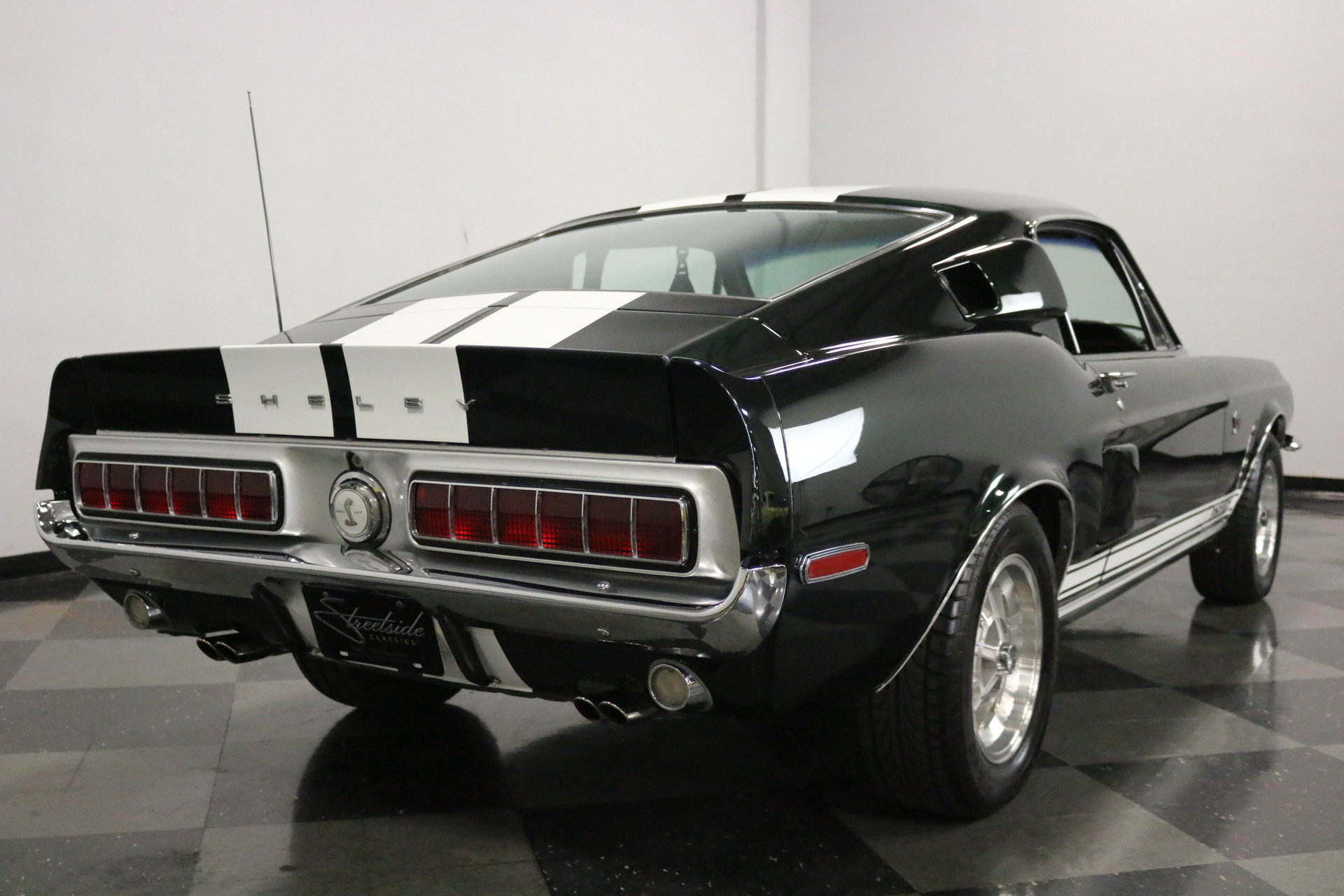