Wolfsburg (10 April 2018). It is a welcome fate that befalls every world champion: in 2018, Volkswagen and the PSRX Volkswagen Sweden team have to take on the challenge of defending their FIA World Rallycross Championship (WRX) title. In Barcelona, Spain, on 14th and 15th April, world champion Johan Kristoffersson (S) and PSRX team owner and his team-mate Petter Solberg (N) will now be the ones everyone wants to beat. They will be supported by Volkswagen Motorsport: the world champion team from 2017 will receive technical support from Hanover and Wolfsburg in the form of the carefully enhanced 419 kW (570 HP) Polo R Supercar. The season runs from mid-April to the end of November and consists of twelve races on three continents.

“Winning titles is one thing, but it is often more difficult to retain them,” says Volkswagen Motorsport Director Sven Smeets. “We are proud of what we have achieved together with the PSRX Volkswagen Sweden team. However, every team is starting from scratch in the new season, and the competition is extremely strong this year. But Johan Kristoffersson is the defending champion and Petter Solberg is a two-time world champion – we have a great driver line-up. At the first race in Barcelona this weekend, we will see who did their homework best.”

As well as Volkswagen, Peugeot, Hyundai, Renault and Audi are supporting teams in the World Rallycross Championship.

The label for outstanding performance: Volkswagen R on board

New partner for 2018: Volkswagen R is supporting the PSRX Volkswagen Sweden team as a partner for the upcoming season. “Of course we at Volkswagen R are delighted to be part of the 2018 FIA World Rallycross Championship season,” says Volkswagen R Director Jost Capito. When the brand was introduced, the “R” was chosen to deliberately reference “Racing”. Since then, it has become recognised as a label for outstanding performance cars and is now an intrinsic part of the Volkswagen family, established as a brand for production vehicles with enhanced performance. The involvement of Volkswagen R in the World Rallycross Championship plays a crucial role in its public image. 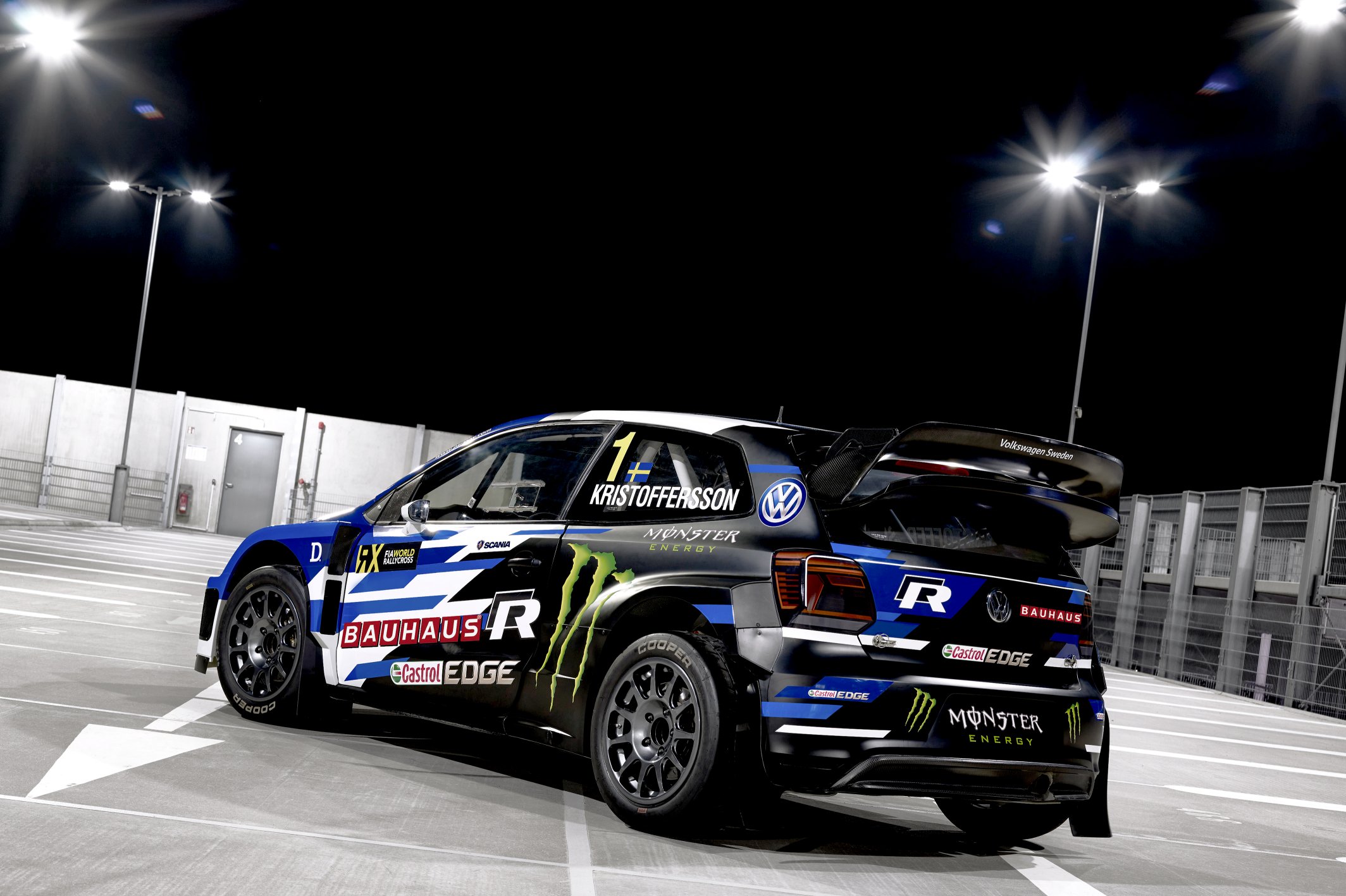 Efficient evolution instead of radical revolution: the car behind the championship success of 2017 has undergone some detailed development during the winter break – the Polo R Supercar for the World Rallycross Championship (WRX). The most obvious changes to the 2018 Polo for the WRX can be seen in the aerodynamics and the front cooling concept. The completely new rear wing provides engineers with more set-up options. The new front skirt provides improved cooling and airflow, compared to its predecessor.