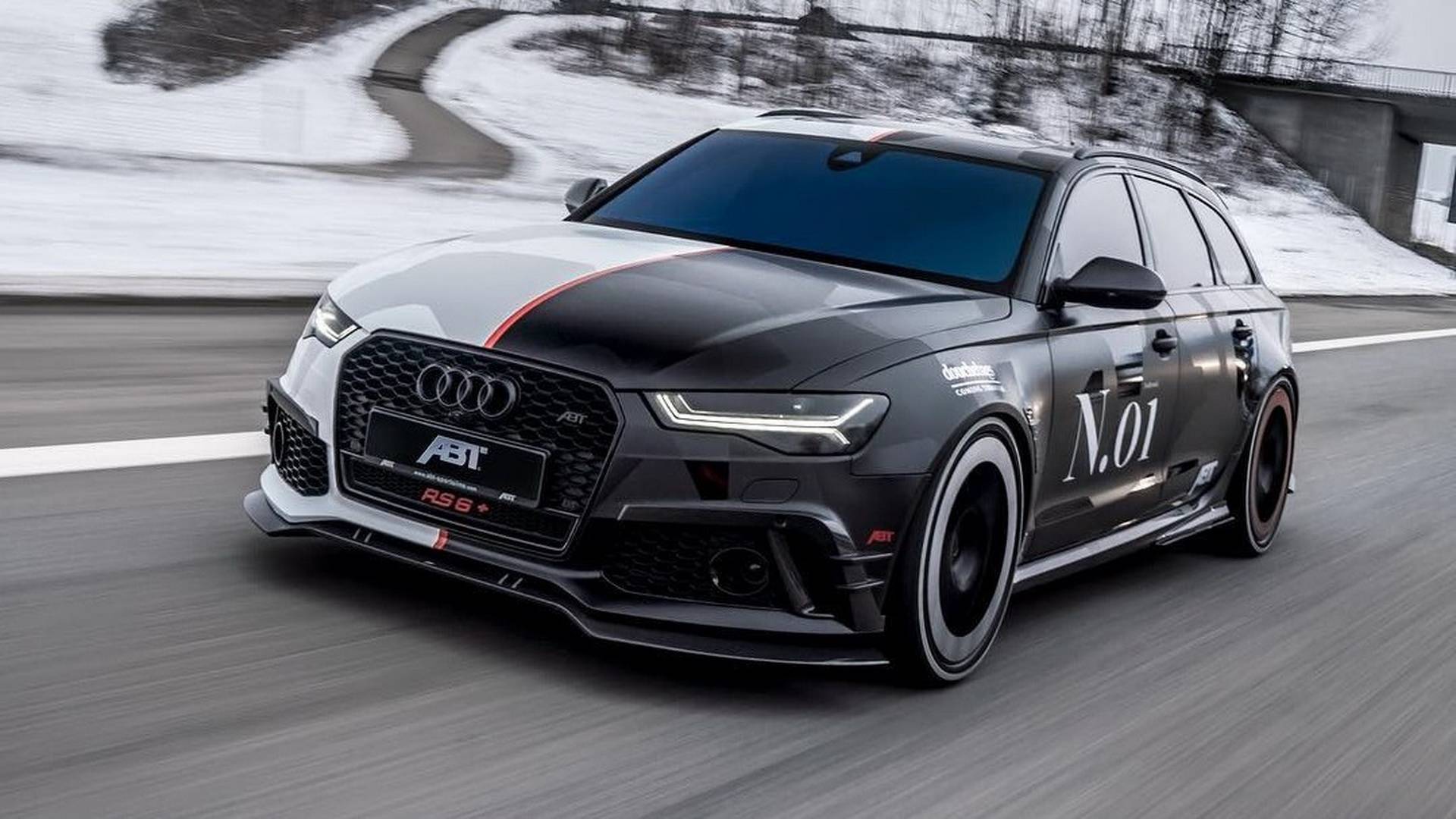 Alpine ski racer and freeskiing legend Jon Olsson loves high speeds and an extravagant look – and not only on piste, as a whole range of customized supercars built especially for the Swede proves. He has now taken delivery of his latest gem, the RS6+ named “Phoenix”, from
ABT Sportsline, where it was fully customized with the Individual range. The Scandinavian car enthusiast even personally helped with some of the details. “The project with Jon Olsson was a great challenge for our ABT Individual team. It once again proved that we can satisfy even the most discerning customer requirements,” Hans-Jürgen Abt, CEO of the worldwide largest tuner for Audi and Volkswagen vehicles, explains. With 735 HP (541 kW) and 920 Nm through ABT Power R, the vehicle is the ultimate model in the current performance range.
A little reminder: the production RS 6 Performance has 605 HP (445 kW) and 700 Nm.

Olsson’s new rocket is based on the “normal” RS6+, which ABT Sportsline builds in a limited edition of 50 vehicles based on the RS 6 Performance. Compared to the distinctive one-of-a-kind “Phoenix”, that seems almost like a large-scale production run. Thanks to a very special sports exhaust system, which was produced in manual labor as an export version for the Swedish customer, this Avant produces an unrivalled sound and even more power. One of the most impressive features is the unique look of the car. It takes the skiing star’s typical “snow camouflage” wrapping to new heights. The driver’s side is black, while the passenger sits in the white zone. This wacky design is called “split camo”. 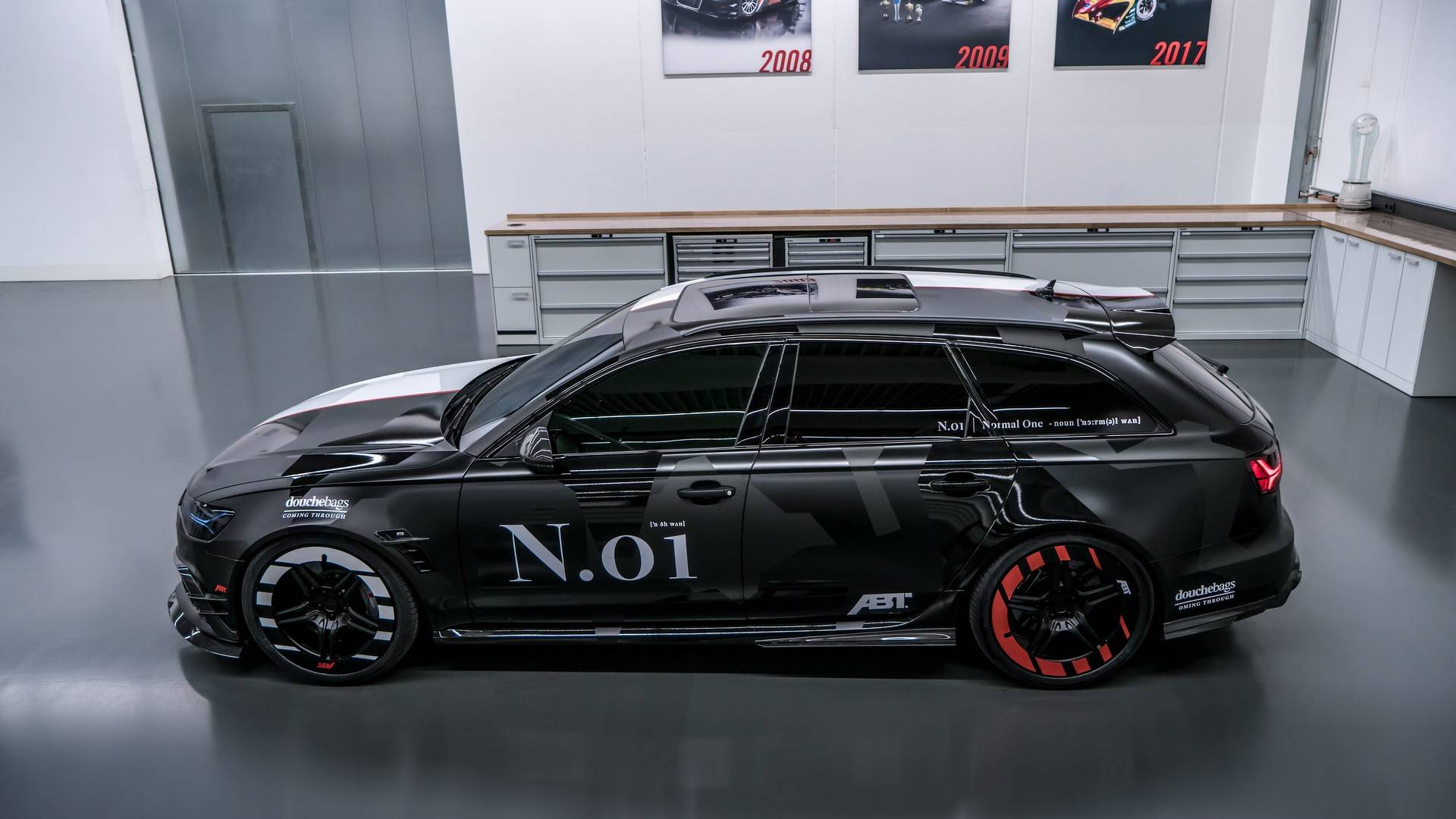 The cool film wrap should not detract from the numerous add-on parts from ABT, though, most of which are made from visible carbon: a front lip, front skirt add-ons, mirror covers, wheel arch vents, side skirt add-ons, rear skirt add-ons and a rear spoiler were fitted. Tinted front, rear and side windows as well as darkened headlight covers complete the “Olsson look” – almost. The first prototype of the ABT aero wheel, which was specially built for the Swedish star based on the matte black ABT FR rim, is another great eyecatcher. 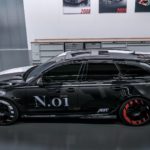 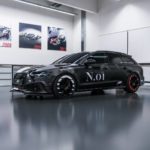 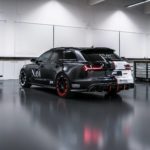 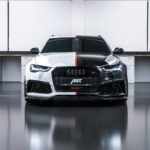 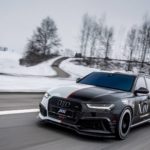 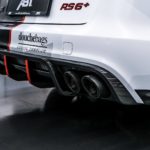 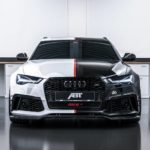 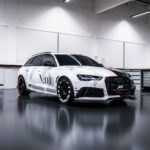 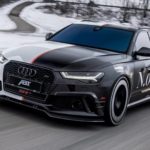 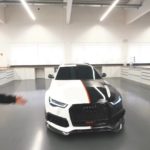 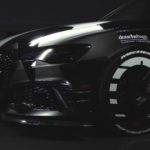 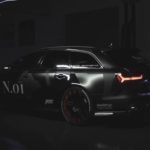