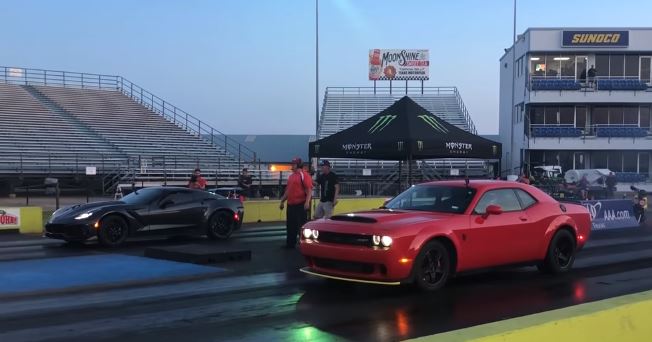 Guys, I went out to Street Car Takeover and my buddy Peter brought his 2019 Corvette ZR1 for me to race. I am a Mopar guy at heart but his ZR1 is a beautiful machine. He arrived too late to do any other races, but we were able to convince the guys running the event to let him race me for a Dodge Demon vs 2019 Corvette ZR1 showdown! Cleetus McFarland was there and gave Peter some pointers in launching his brand new ZR1. We’re going to race again in the future so keep an eye out for some more Demon vs ZR1 action! Source: Demonology via YouTube