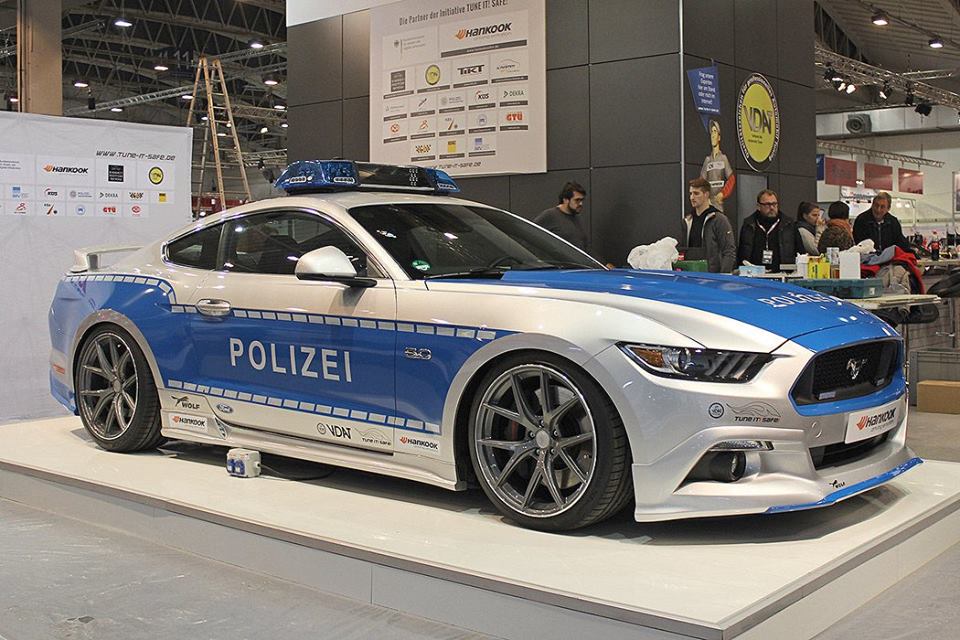 Named “Wolf Wide 5.0”, this tuned Ford Mustang it’s being used to promote the TUNE IT! SAFE! campaign. It features a complete aerodynamic kit consisting of a front splitter, new side skirts, a rear diffuser, a huge rear wing and a sports exhaust. There’s also a height-adjustable coilover suspension and specially-developed, 20-inch wheels shod with Hankook tires. Of course, the most striking details sre the full Polizei livery, featuring blue lights and sirens by Hella.
Under the hood, the output of the 5.0-liter V8 unit has been raised from 421 hp (310 to 455 hp, which is enough for a 0 to 62 mph sprint time of 4.3 seconds and a top speed of 268 km/h or 166 mph. 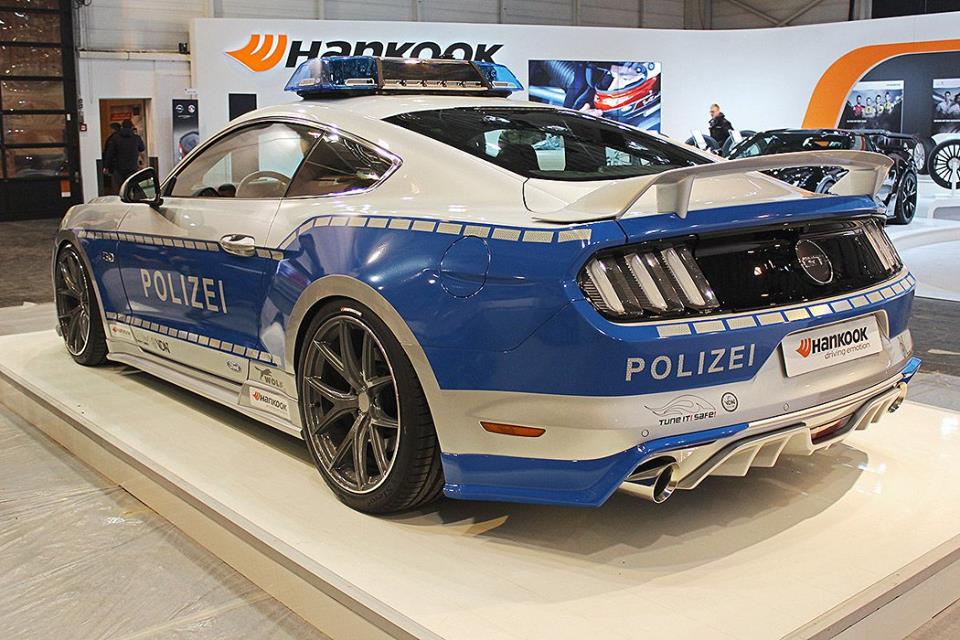 The purpose of TUNE IT! SAFE! campaign is to encourage car tuning that is safe and compliant with Germany’s motor vehicle regulations, and a new Polizei-spec tuner car is built every year to promote the campaign. Last year it was a C7 Corvette, but there was also the AC Schnitzer BMW X4 from 2014, the ABT Audi R8 GT-R back in 2011 and even a Brabus Mercedes A-Class.
Just like its predecessors, after its debut at the Essen Motor Show, the vehicle will spend the next 12 months touring car shows and other event, raising awareness for the campaign. 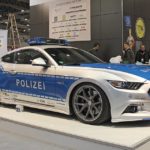 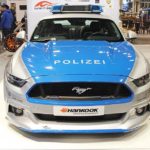 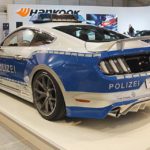 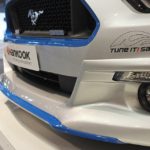 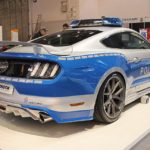 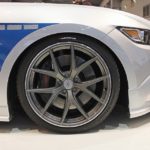 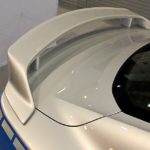 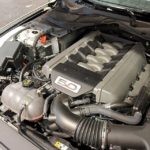 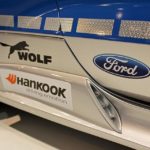 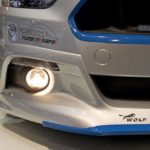