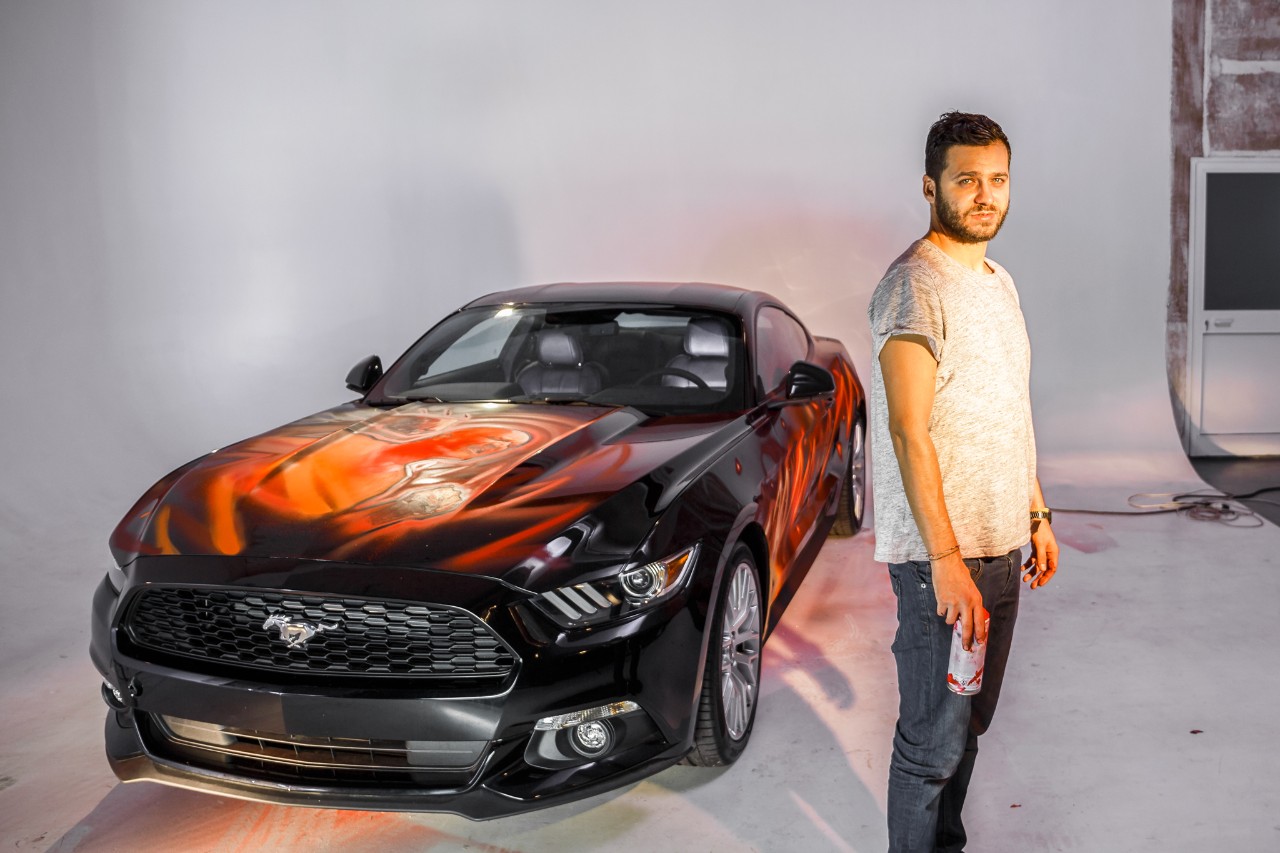 When this Ford Mustang suffered irreparable internal damage, it looked like the end of the road. But cartoonist and illustrator Fabrizio De Tommaso had other ideas that – from the outside at least – it could become a work of art.

Called Mustang #FightTheDarkness, the reinvented car, created using spray cans, was revealed at international comic convention Lucca Comics and Games, in Italy. Ford of Italy, which proposed the idea to De Tomasso, is now looking into finding the unique car a new home, where it can be permanently displayed. 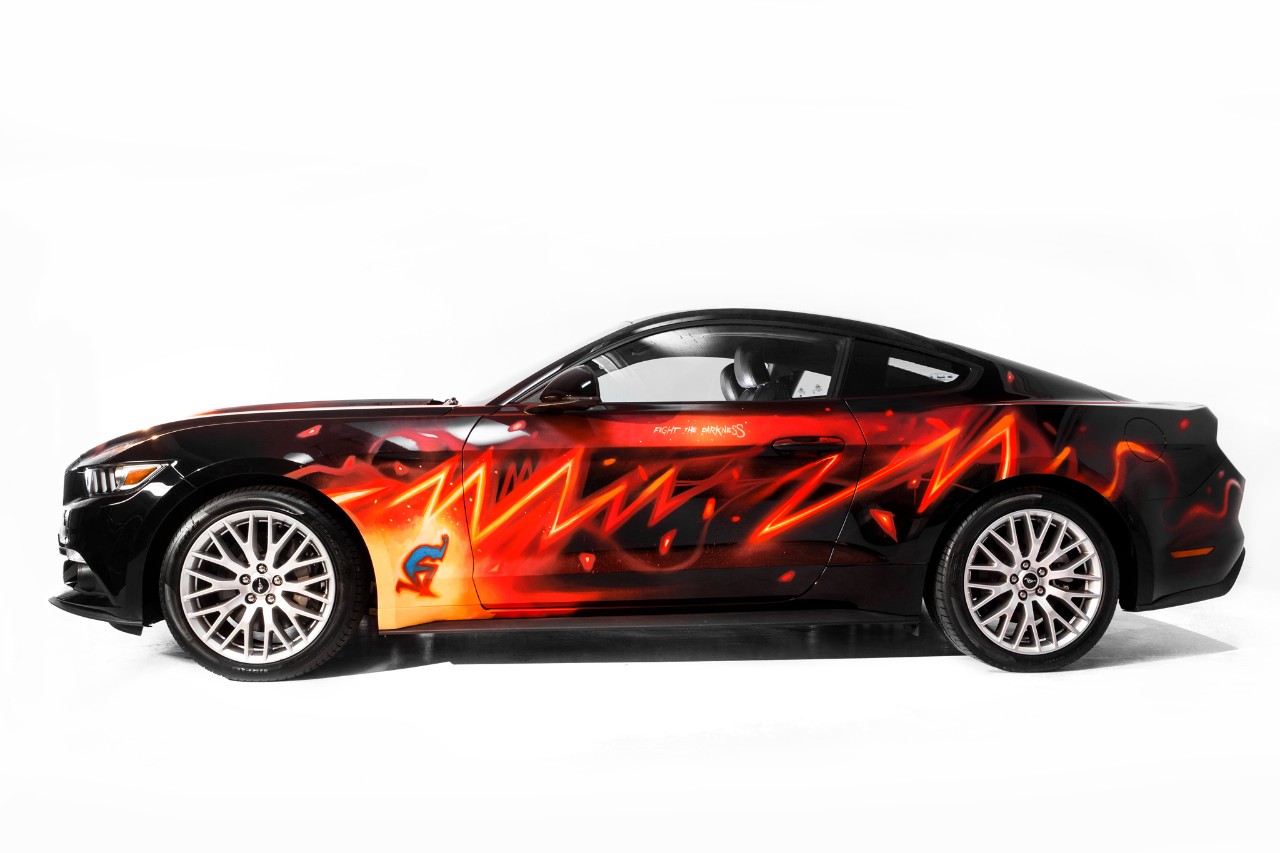 “I immediately thought of a flash of light that enveloped the car and exploded from the bonnet, into pure energy. This car has the ability to make us all feel a bit like a superhero,” said De Tommaso, who has enjoyed international success with creations including paranormal investigator Dylan Dog.

Ford recently produced its 10 millionth Mustang and has made available the Ford Mustang Bullitt that celebrates the 50th anniversary of the legendary Warner Bros. film of the same name. 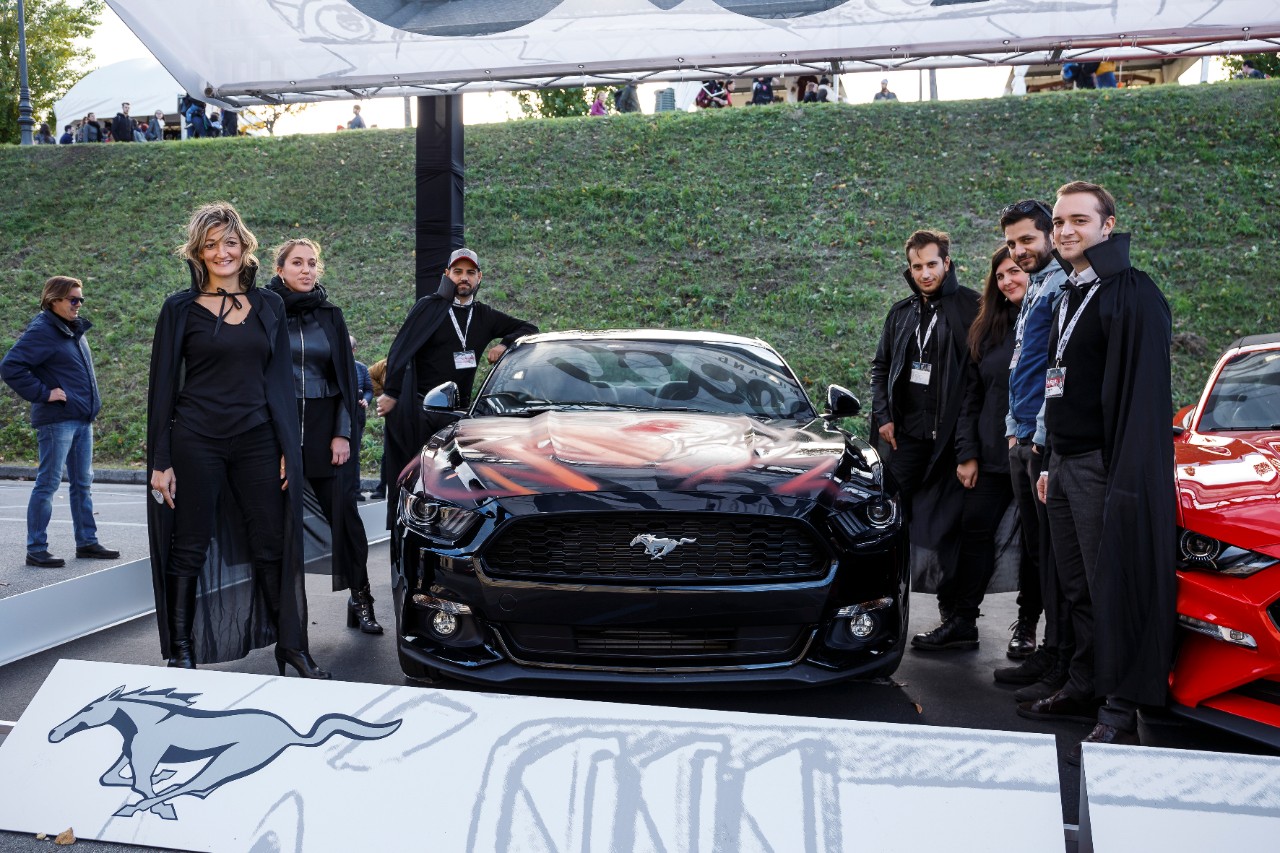