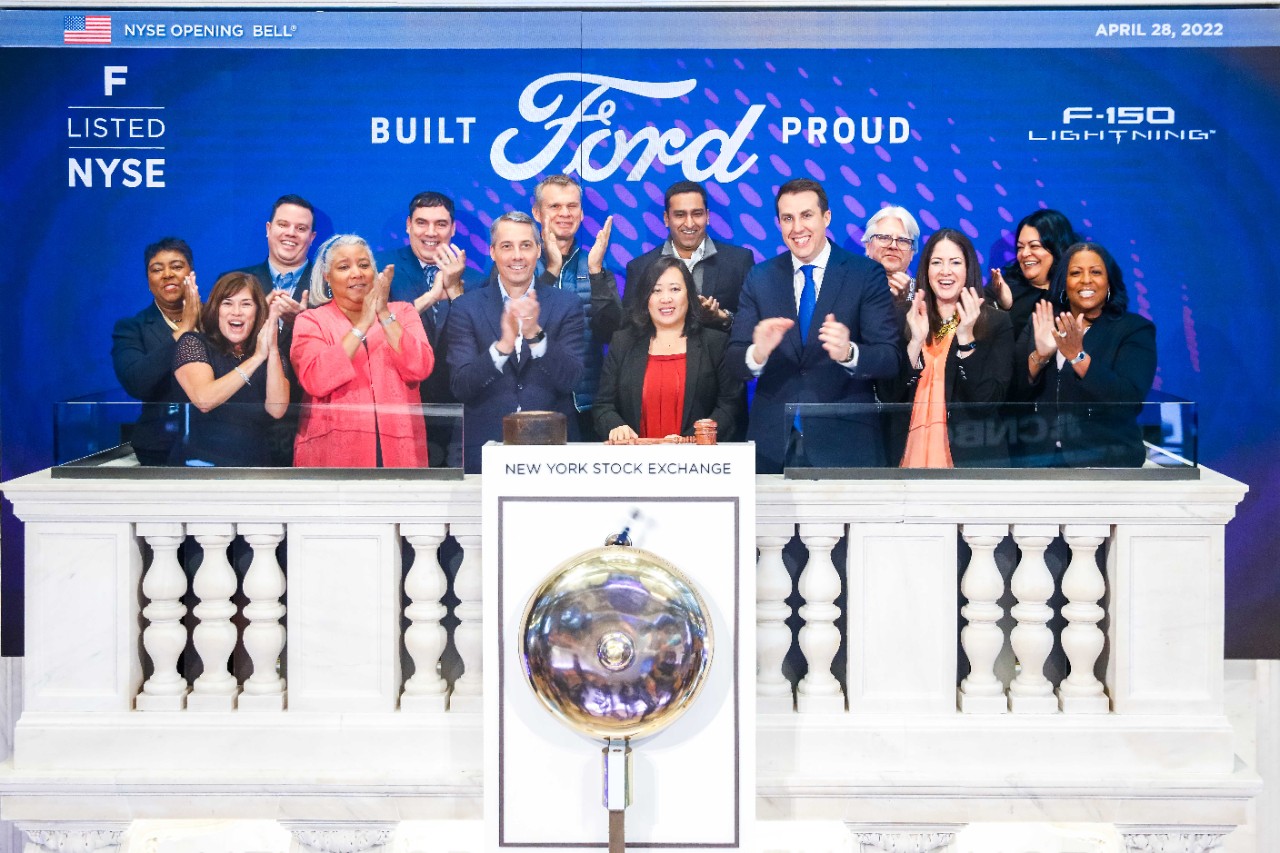 NEW YORK CITY, April 28, 2022 – F-150 Lightning, the only full-size electric pickup available now with a starting price less than $40,000, will begin to ship to customers in the coming days, starting with the Pro Series, as Ford establishes itself as a leader in the electric vehicle revolution.

To mark this milestone, Ford Chief Financial Officer John Lawler, members of the F-150 Lightning team, the UAW and other Ford leaders and partners will serve as honorary ringers for the opening bell of the New York Stock Exchange just before 9:30 a.m. EDT today.

Built at the ultra-modern Rouge Electric Vehicle Center within Ford’s historic Rouge Complex in Dearborn, Michigan, F-150 Lightning is the only electric vehicle that is Built Ford Tough. Ford
F-Series, America’s best-selling truck for 45 years in a row[1], is second only to the iPhone in revenue among all American consumer products, according to a 2020 study.

F-150 Lightning joins the Mustang Mach-E SUV and E-Transit commercial van in Ford’s growing lineup of innovative, mainstream electric vehicles. Ford is on track to deliver more than 2 million electric vehicles annually by 2026, equal to about one-third of the company’s global volume, on the way to 50% by 2030.

F-150 Lightning accelerates from 0 to 60 mph in the mid-4-second range with the extended-range battery, making it the fastest-accelerating F-150 yet.