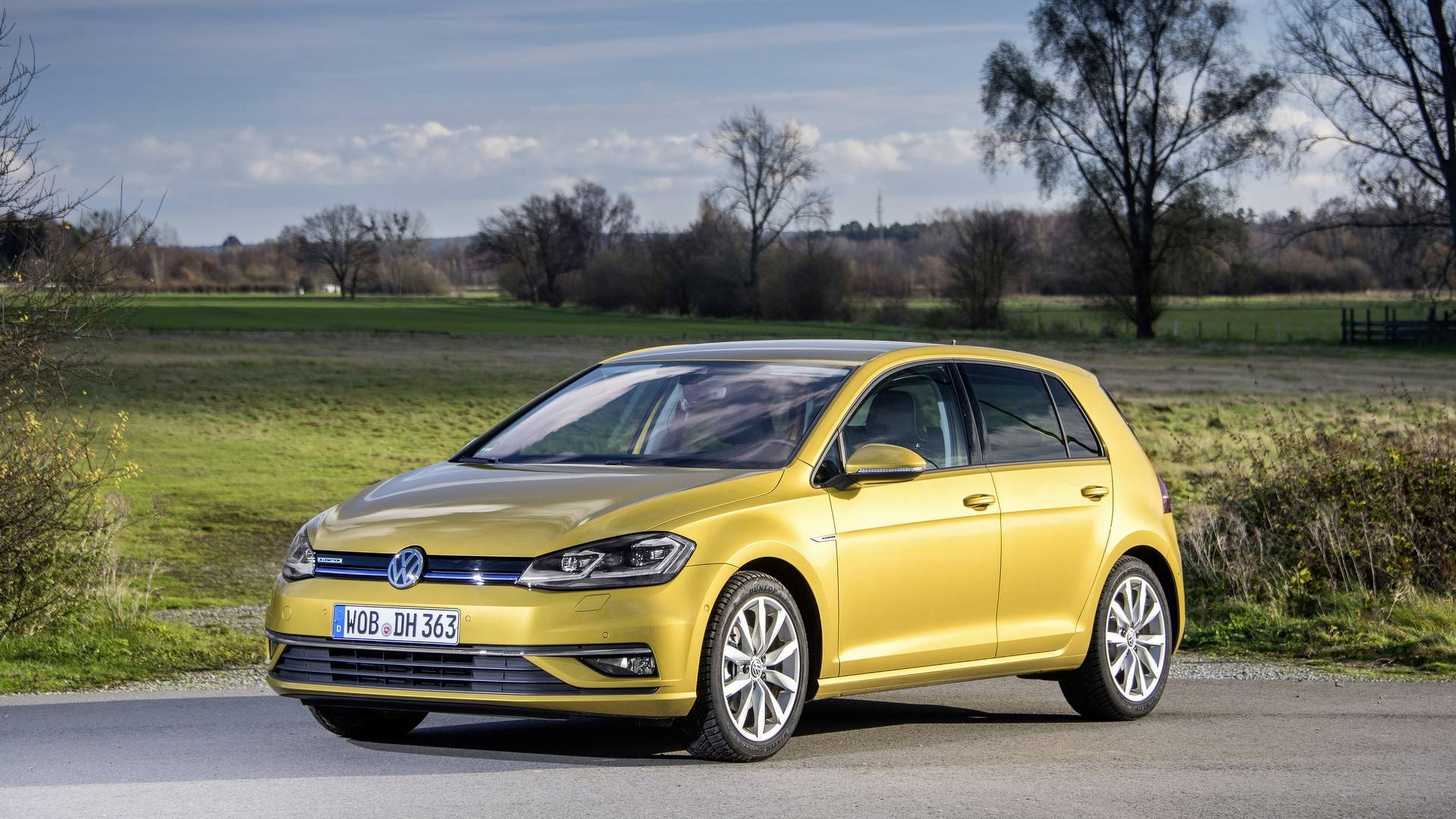 Progress makes the impossible possible. This is exemplified by a petrol engine like no other before it: a petrol engine that offers diesel-like fuel economy but is significantly cheaper to buy. A petrol engine that during the journey occasionally simply switches off two of its four cylinders or even takes a complete break. A petrol engine that combines supreme torque with low emissions. Volkswagen has developed such an engine: the new 1.5 TSI ACT BlueMotion. It has an output of 96 kW / 130 PS and is currently already powering the Golf1/2 and Golf Variant3/4. In the future, the efficient 1.5 TSI ACT BlueMotion will also be available for other Volkswagen models. 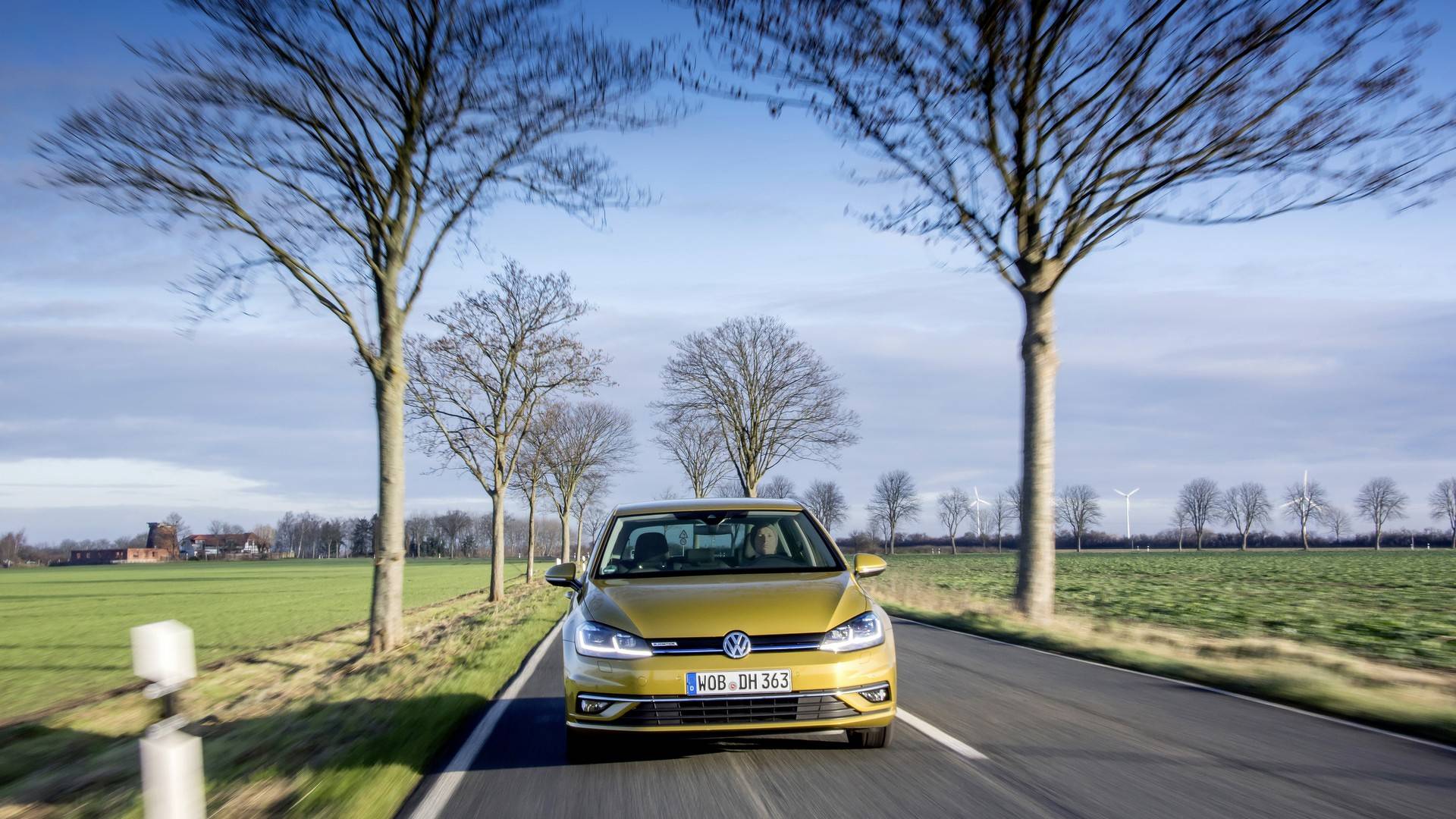 Greater efficiency. The combined fuel consumption of a Golf 1.5 TSI ACT BlueMotion is just 4.8 l/100 km. The NEDC extra-urban figure drops to 4.0 l/100 km/h (DSG: 4.1 l/100 km). Every driver can achieve low fuel consumption figures with this 1.5-litre engine, as it is 10 per cent more efficient than comparable petrol engines. Volkswagen achieves this benefit through the new TSI Miller combustion process and the use of a high-tech turbocharger with variable turbine geometry (VTG). The four-cylinder engine is particularly conservative in its use of fuel whenever the Golf is being driven with good anticipation and within the partial load range. Then the new engine either deactivates some cylinders (Active Cylinder Management – ACT) or completely shuts itself off (‘eco-coasting’ micro-hybrid mode).

Active Cylinder Management – ACT. Whenever possible, Active Cylinder Management – called ACT for short – deactivates the two inner cylinders. It always does this at times when power demand is low. The deactivation function operates within an engine speed range of 1,400 to 4,000 rpm and at vehicle speeds up to 130 km/h. The driver is made aware of the barely perceptible changeover from four to two-cylinder operation by the “2 cylinder mode” notification in the instrument display. 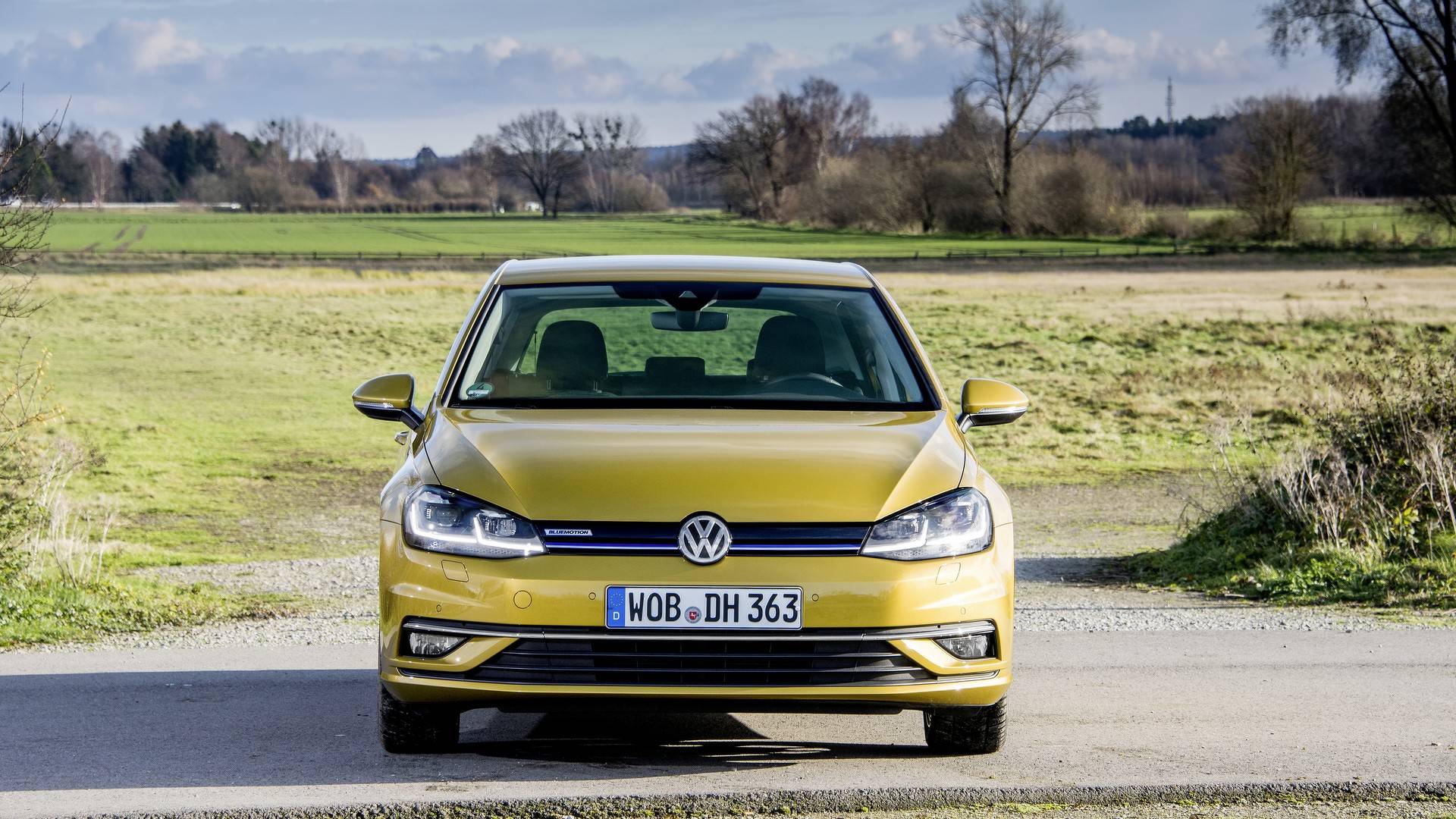 ‘Eco-coasting’. The 1.5 TSI ACT BlueMotion achieves an extra level of innovation when combined with the seven-speed DSG dual clutch gearbox. When so equipped, the drivetrain can be classified as a micro-hybrid system: as soon as the driver lets the Volkswagen ‘coast’, i.e. predictively releases the accelerator pedal for conditions ahead or is going down a slight slope, the engine management system switches off the TSI completely and decouples it from the drivetrain by disengaging the clutch. In this phase, the engine no longer needs to be “dragged along”; the use of the vehicle’s kinetic energy is thus optimized. When “coasting”, the Golf repeatedly switches over to a zero-emissions mode for brief periods of time. In practice, the temporary engine shut-off – the ‘eco-coasting ‘ mode – reduces fuel consumption by up to 0.4 l/100 km. The micro-hybrid system utilises the 12-volt electrical system architecture and a compact lithium-ion battery to supply all relevant systems in the car with energy during the phases when the engine is inactive. 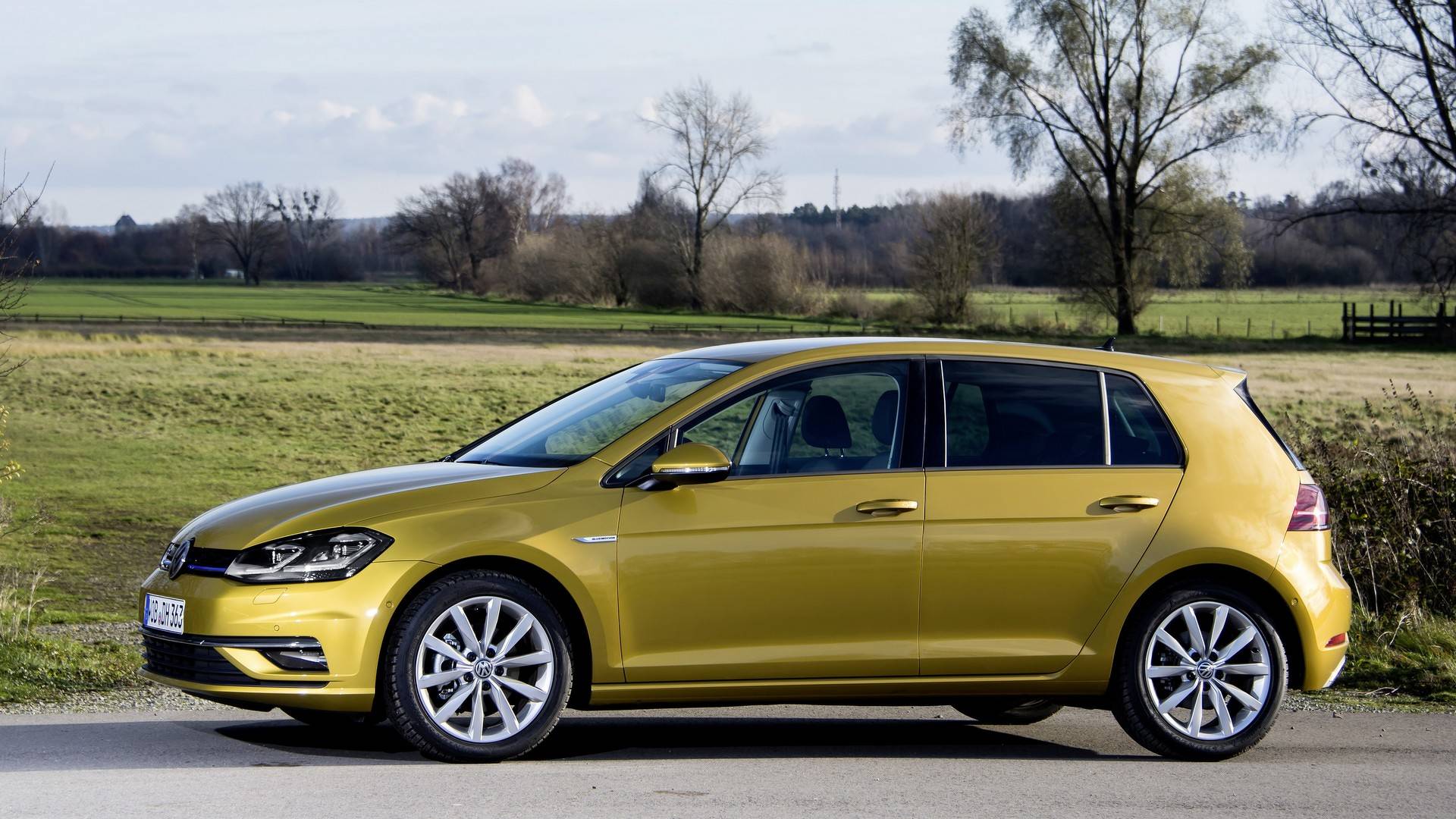 Efficient TSI Miller cycle. In parallel with the cylinder deactivation and complete engine shut-off, a further feature of the 1.5 TSI ACT BlueMotion is the previously mentioned new TSI Miller cycle combustion process. This entails the use of optimized valvetrain control (early closure of inlet valves) – combined with higher compression and turbocharging. It innovatively controls combustion of the fuel and air mixture, which leads to an improvement in efficiency of up to 10 per cent. Noticeable effects: further reduced fuel consumption and emission levels plus powerful torque – even at low engine speeds. Compared with other petrol engines, the inlet valves of the 1.5 TSI ACT BlueMotion are open for a shorter time. And this is the critical difference, because the inlet valves get closed during the intake stroke at a time when the piston still has a little way to travel and is moving further downward. This leads to a reduction in throttling losses under partial load. Meanwhile, the mixture also benefits from increased expansion in the knock-limited range. This expansion reduces pressure and temperature within the mixture. The ignition timing thus can be retarded for the sake of better efficiency while reducing the risk of uncontrolled combustion processes. It now becomes possible to increase in the compression ratio to 12.5:1. Increasing compression equates to nothing other than an increase in efficiency. This, in turn, reduces fuel consumption and CO2 emissions. 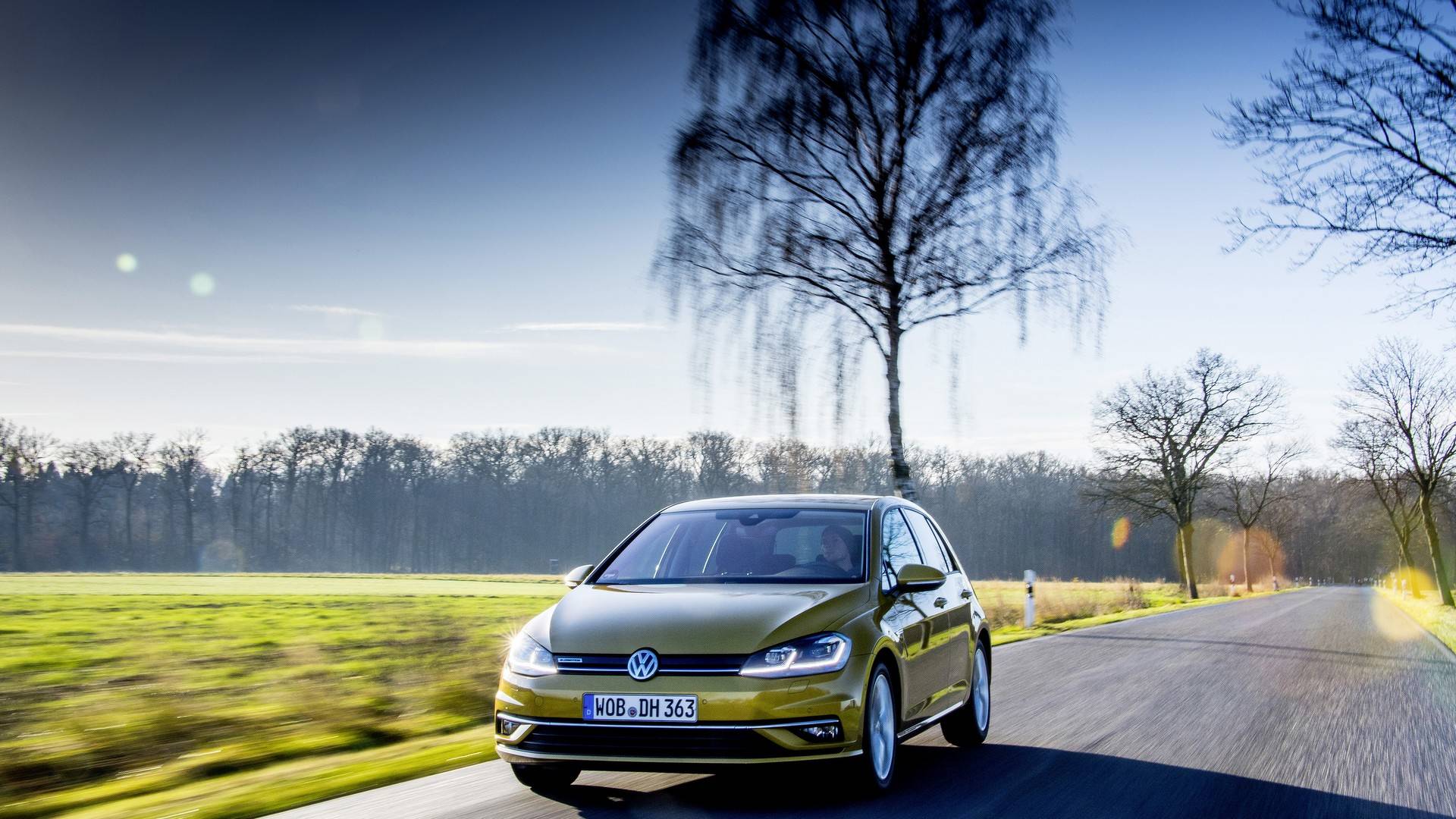 Variable turbine geometry. As the inlet valves are open for shorter periods in the TSI Miller cycle, the cylinders must be filled with the cylinder charge at a boosted charge pressure. To do this Volkswagen utilises a turbocharger with variable turbine geometry (VTG). Thanks to VTG it is possible to adjust increases in turbine output. Chargers of this kind combined with petrol engines have to date been found only in high-performance sports cars. Volkswagen now becomes the first manufacturer to use a VTG charger in a mainstream petrol engine car. By way of comparison: a conventional turbo system diverts part of the exhaust gas stream needed for the forced induction away from the turbine via a wastegate valve as a function of its operating state. Energy is lost in this process. In the 1.5 TSI ACT BlueMotion, however, it is possible to route 100 per cent of the exhaust gas stream via the turbine at any time by means of VTG. By doing this, the combustion chamber is always optimally supplied at high turbocharger efficiency levels. Fuel consumption and emission levels go down, and responsiveness improves. 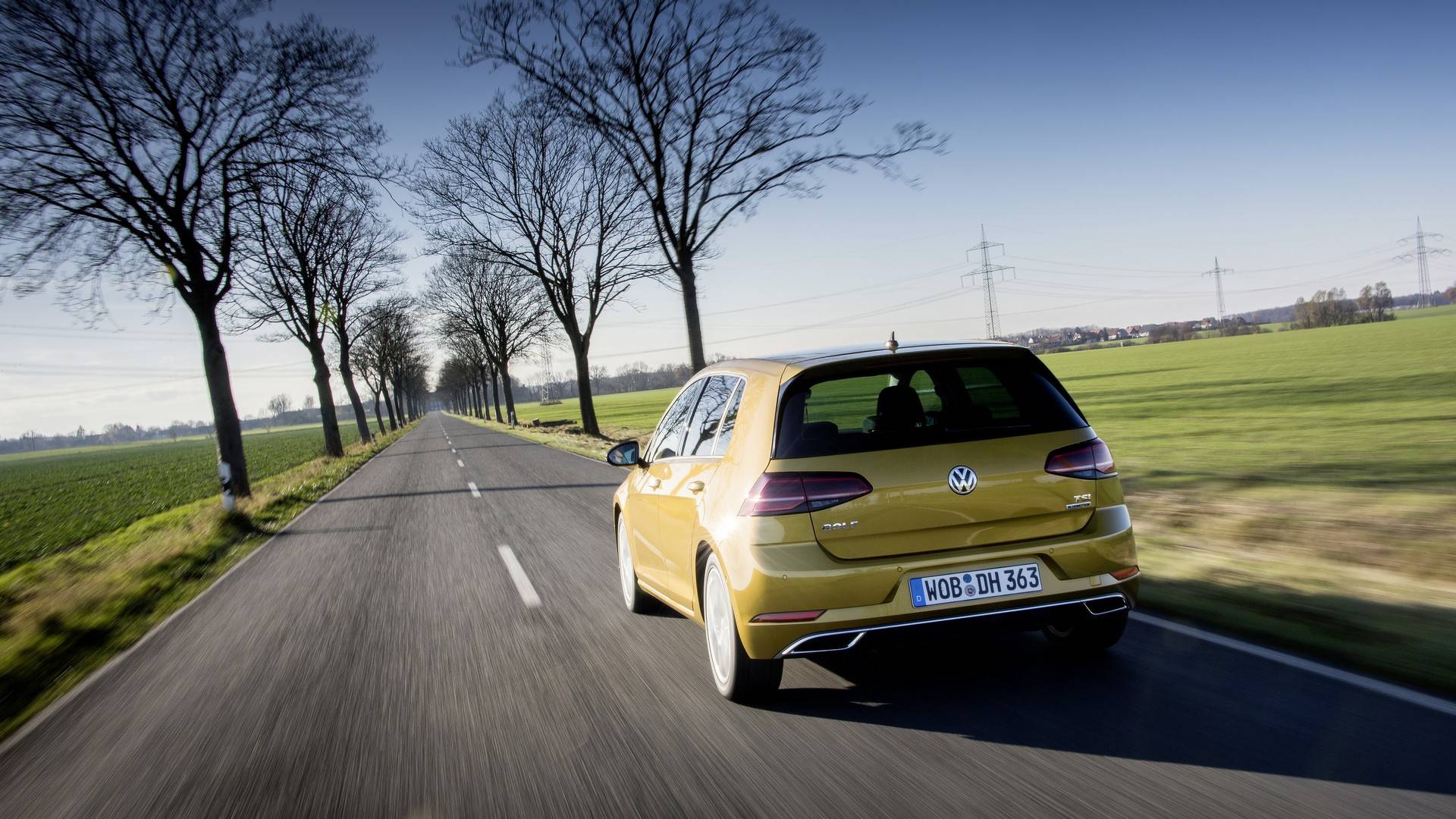 A TSI with a great future. Within the foreseeable future, Volkswagen will be launching further derivatives of the 1.5 TSI ACT BlueMotion in global markets. Fewer cylinders, smaller engine displacements and significantly greater power are all equally conceivable. Furthermore, engine developers have designed the basic technical matrix to enable mild, full and plug-in hybrid drive systems and natural gas engines as well.