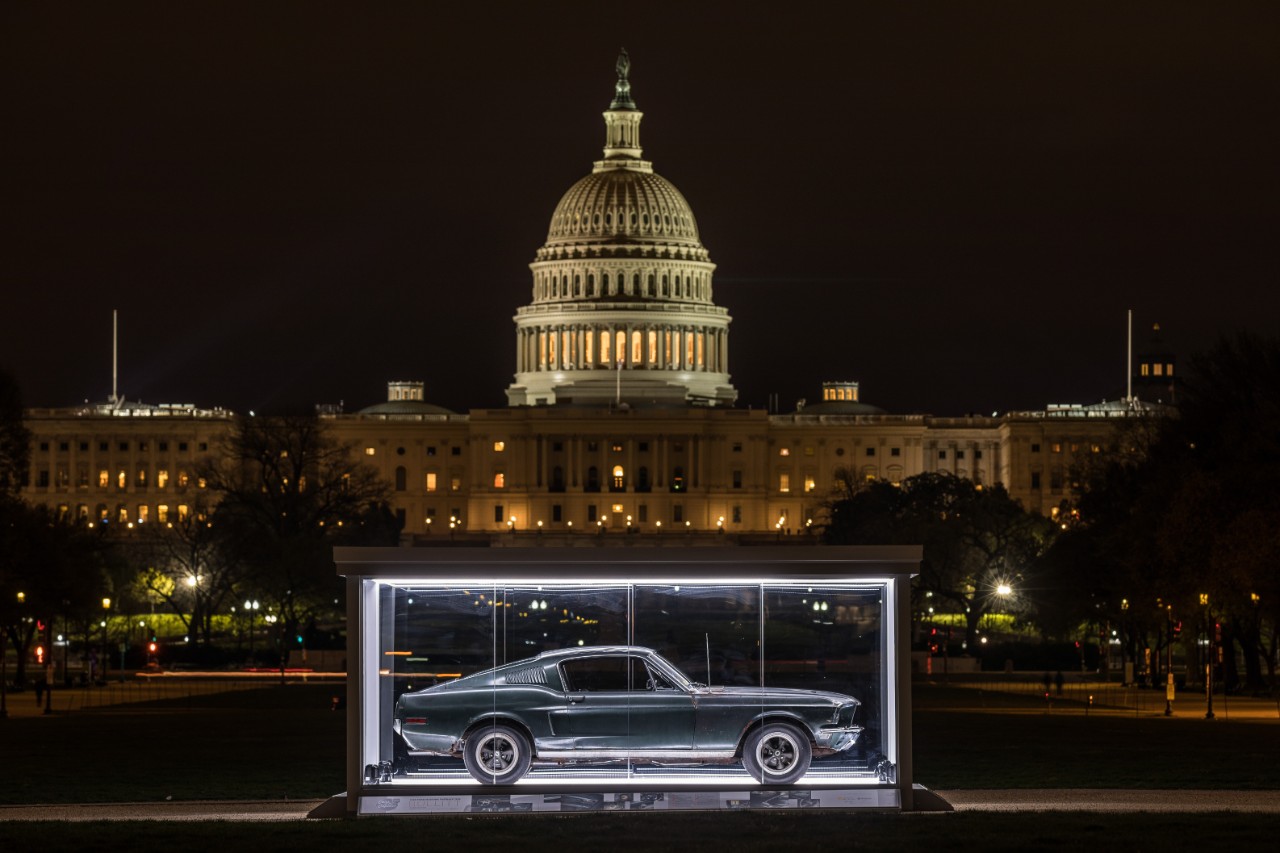 DEARBORN, Mich., April 18, 2018 – Once considered lost forever, the original 1968 Ford Mustang GT from the Warner Bros. movie “Bullitt” is headed for Washington, D.C. The iconic car is on display at the National Mall in celebration of Mustang’s 54th birthday and the 50th anniversary of “Bullitt.”

As one of the most recognized cars in movie history, Ford recently surprised the automotive world byunveiling the original Mustang from “Bullitt” at the 2018 North American International Auto Show. The car was driven personally by Steve McQueen in the movie, including its unforgettable chase scene on the streets of San Francisco.

The car’s whereabouts had been a mystery for decades. It was one of two duplicate Mustang GTs used in the movie. After filming, the cars went their separate ways. The hero vehicle driven by McQueen in the movie was sold by Warner Bros. to a private buyer, and the other – used in many of the jumps during the famous chase scene – was sent to a salvage yard. That jumper vehicle resurfaced in Baja, California, in early 2017, but the other was lost to history. Until now. 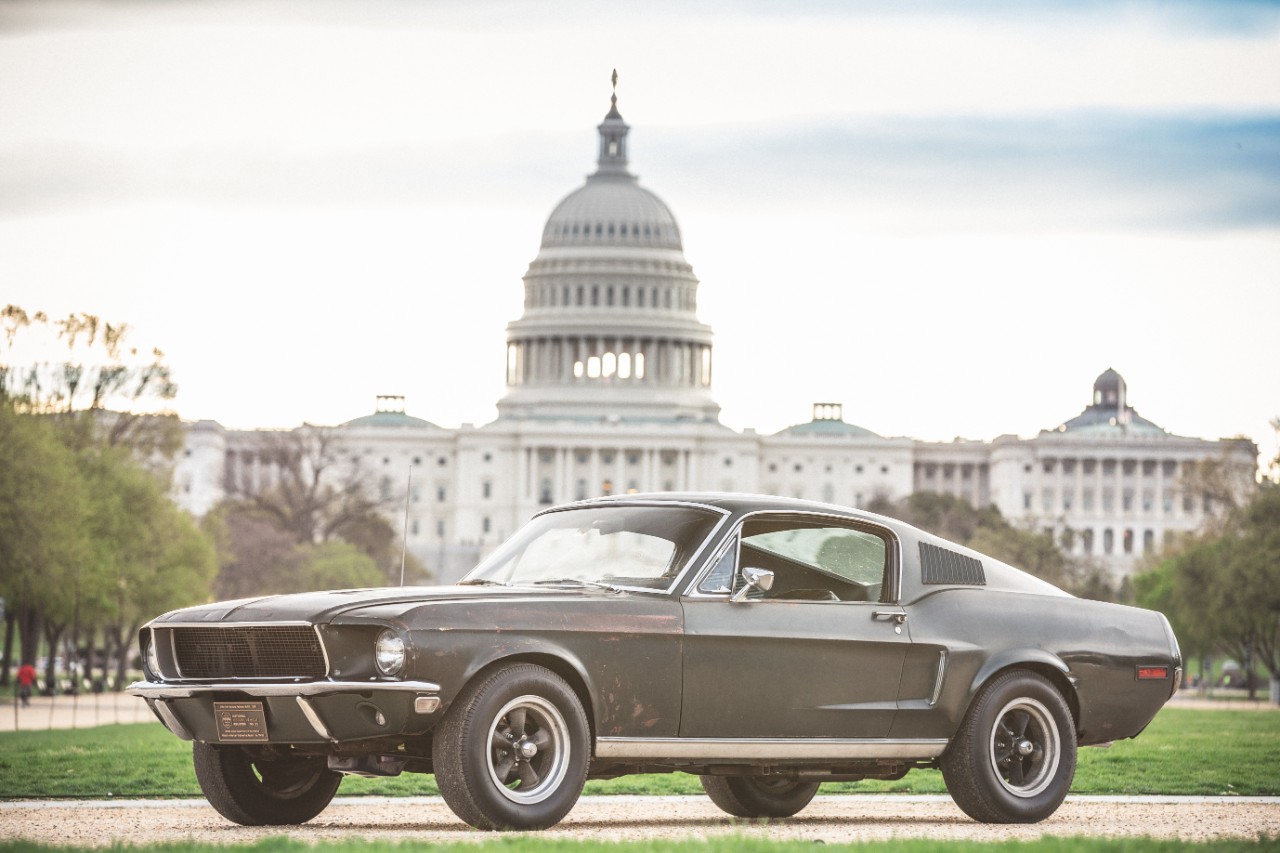 Two years ago, Sean Kiernan, the current owner of the “Bullitt” Mustang, contacted Ford to discuss authenticating and possibly restoring it. The car still has many of the unique artifacts from the movie, including camera mounts welded underneath, a Warner Bros. parking lot sticker, and the missing rear backup lights that McQueen wanted removed.

After verifying its authenticity with the Historic Vehicle Association, Ford unveiled the original “Bullitt” Mustang in January alongside the new limited-edition 480-horsepower* 2019 Mustang Bullitt.

Now through April 23, the original “Bullitt” Mustang will be on display in a glass garage lit up at night for ’round-the-clock viewing by National Mall visitors as part of the Historic Vehicle Association’s month-long Cars at the Capital celebration. Joining the iconic 1968 Mustang will be the 15-millionth Ford Model T. There are only 24 vehicles currently in the National Historic Vehicle Register.

“To see the Bullitt under glass within steps of the Smithsonian museums, the Lincoln Memorial and the Washington Monument is a fitting tribute to automobiles that have transcended utility to become truly iconic examples of America’s culture,” said Carl Widmann, Ford Mustang chief engineer. 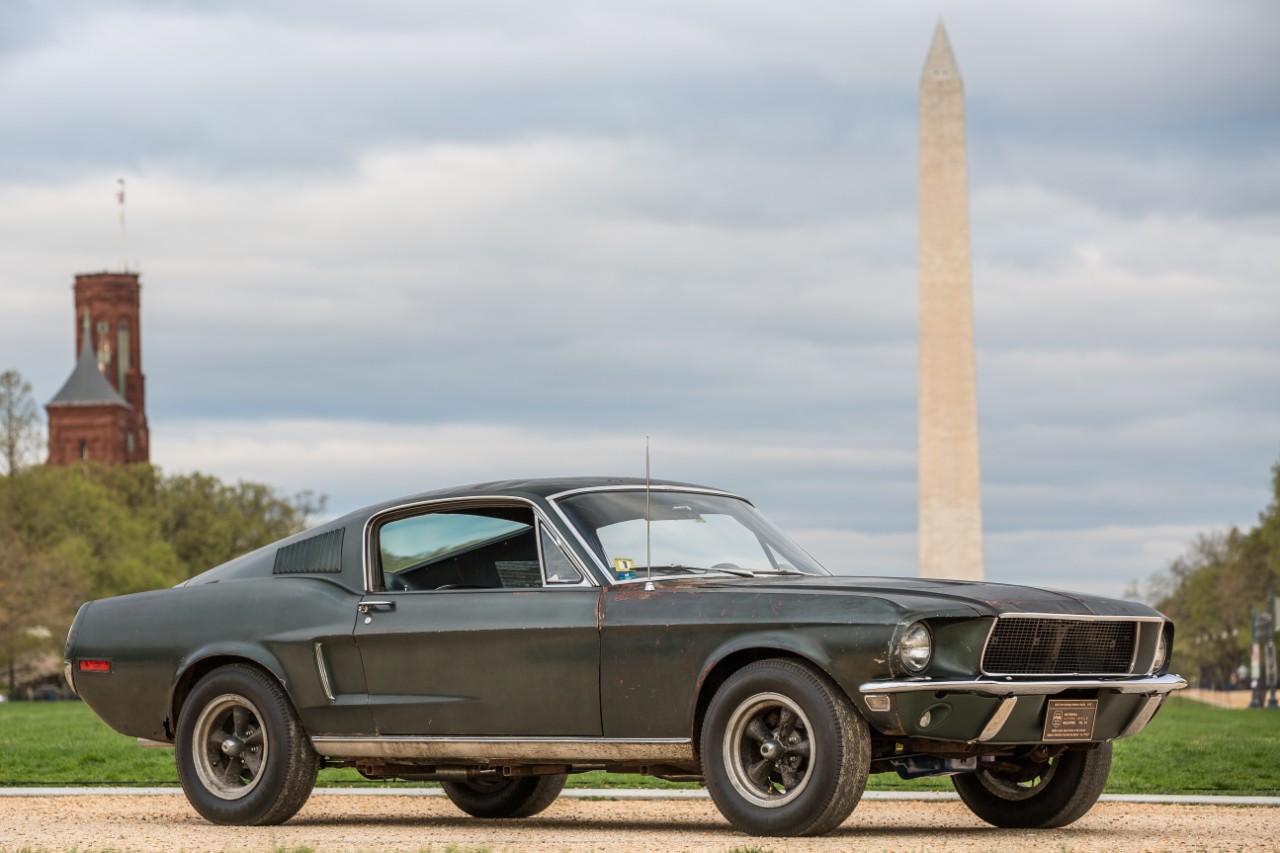