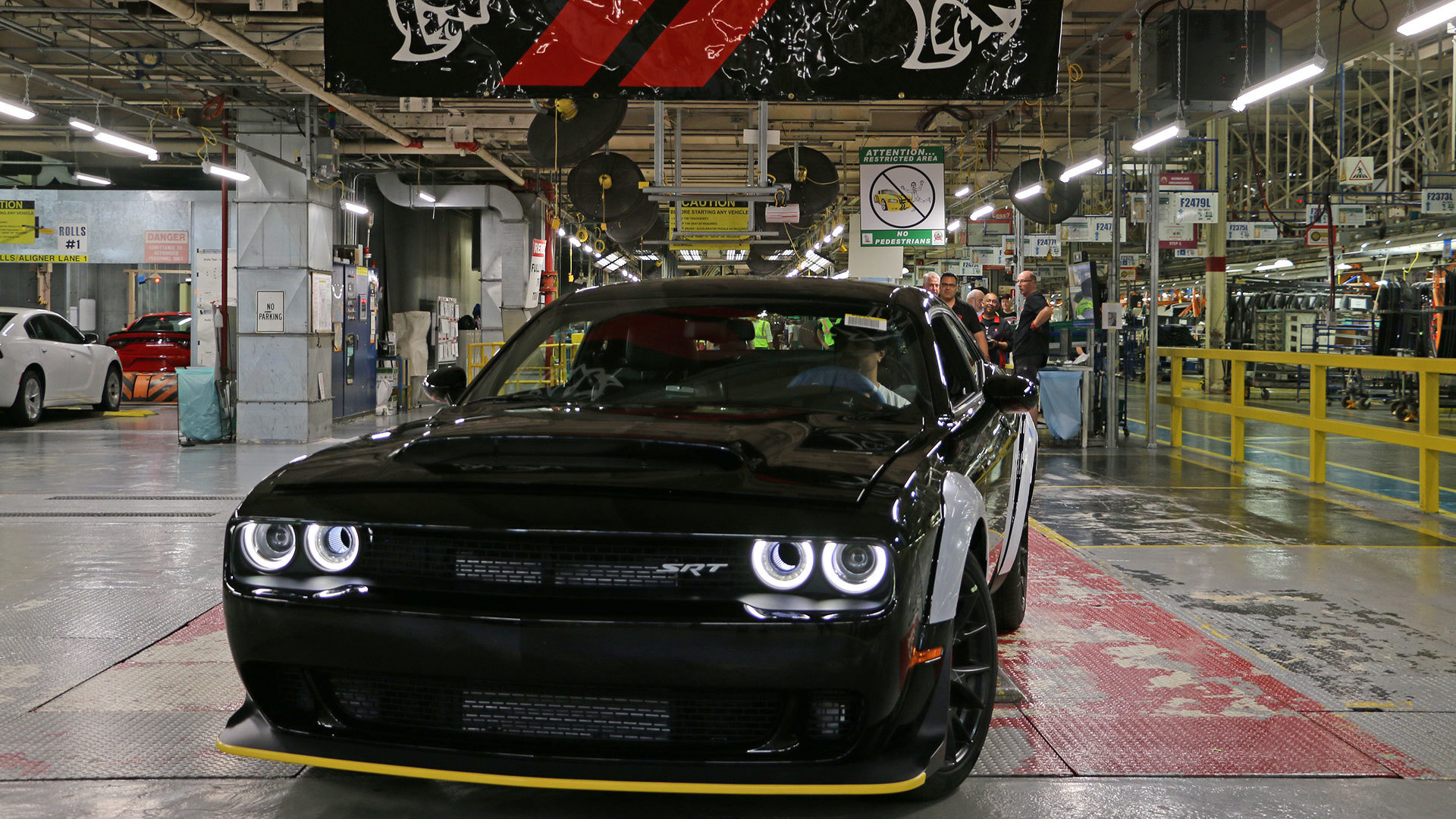 May 30, 2018 , Brampton, Ontario – The last 2018 Dodge Challenger SRT Demon, assembled at the FCA USBrampton Assembly Plant (Ontario, Canada), rolled off the line today in the first step toward making horsepower history at the June 20-23 Barrett-Jackson Northeast Auction. The limited-production, world record-setting 2018 Demon and the last 2017 Dodge Viper hand-built American supercar will be auctioned as a pair in “The Ultimate Last Chance” end-of-an-era offer with 100 percent of the hammer proceeds from the sale going to the United Way. 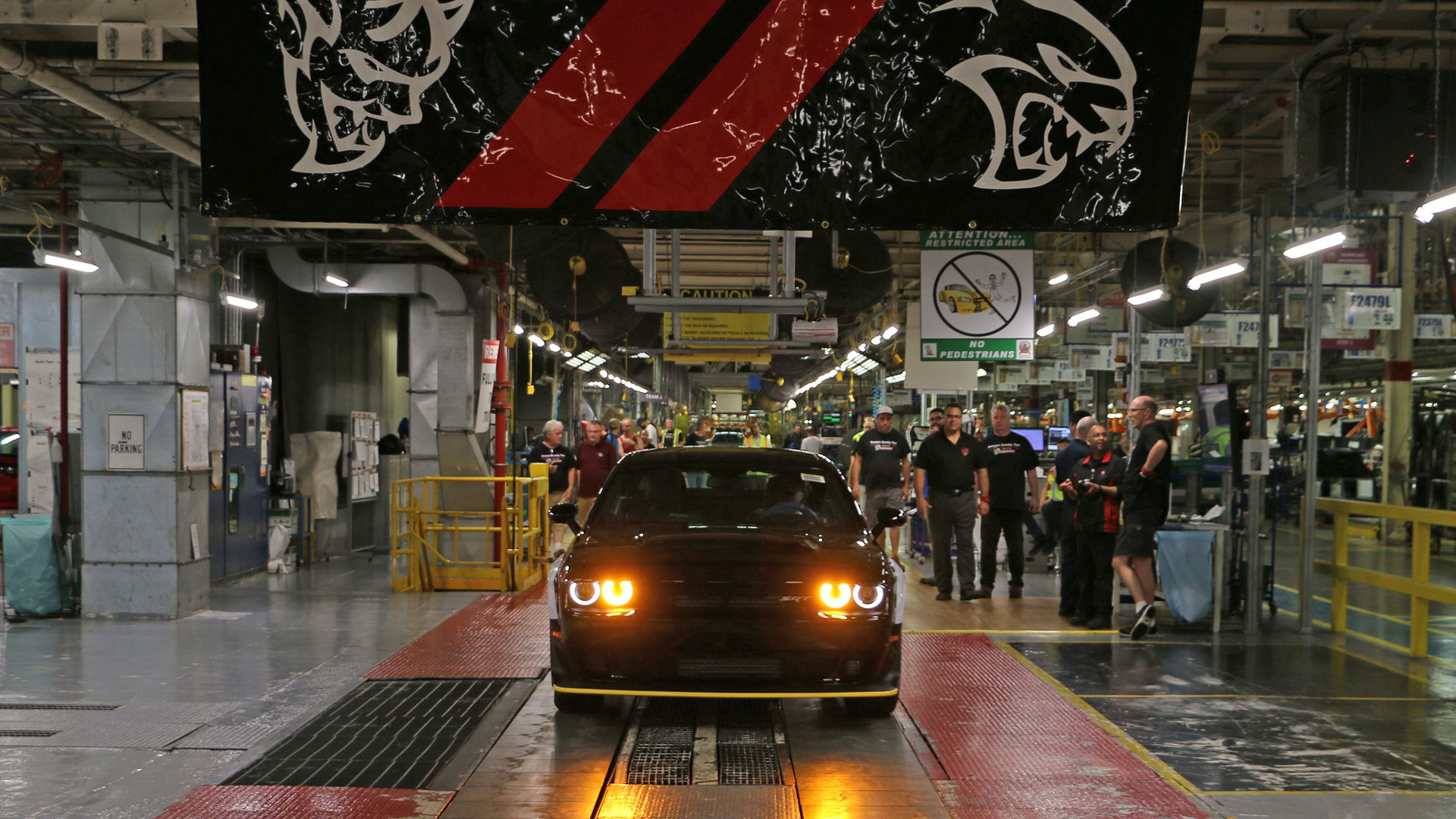 Production of the Challenger SRT Demon was limited to one model year and 3,300 units.

Leaving behind a 25-year legacy with more track records than any other production car, production of the V-10-powered Dodge Viper concluded at the Conner Avenue Assembly Plant in Detroit in August 2017. The last production 2017 Dodge Viper is styled in homage to the first-generation Dodge Viper RT/10 with its Viper Red exterior and black interior. The car (VIN ending in 731948) includes exterior carbon fiber accents, black Alcantara leather seats and an exclusive VIN instrument panel badge and authentication kit.

Dodge//SRT and Barrett-Jackson have collaborated before with charity as the winner. A one-of-a-kind 2015 Dodge Challenger SRT Hellcat, VIN0001, raised $1.65 million for charity in 2014 — at the time more than any other car in Barrett-Jackson history. 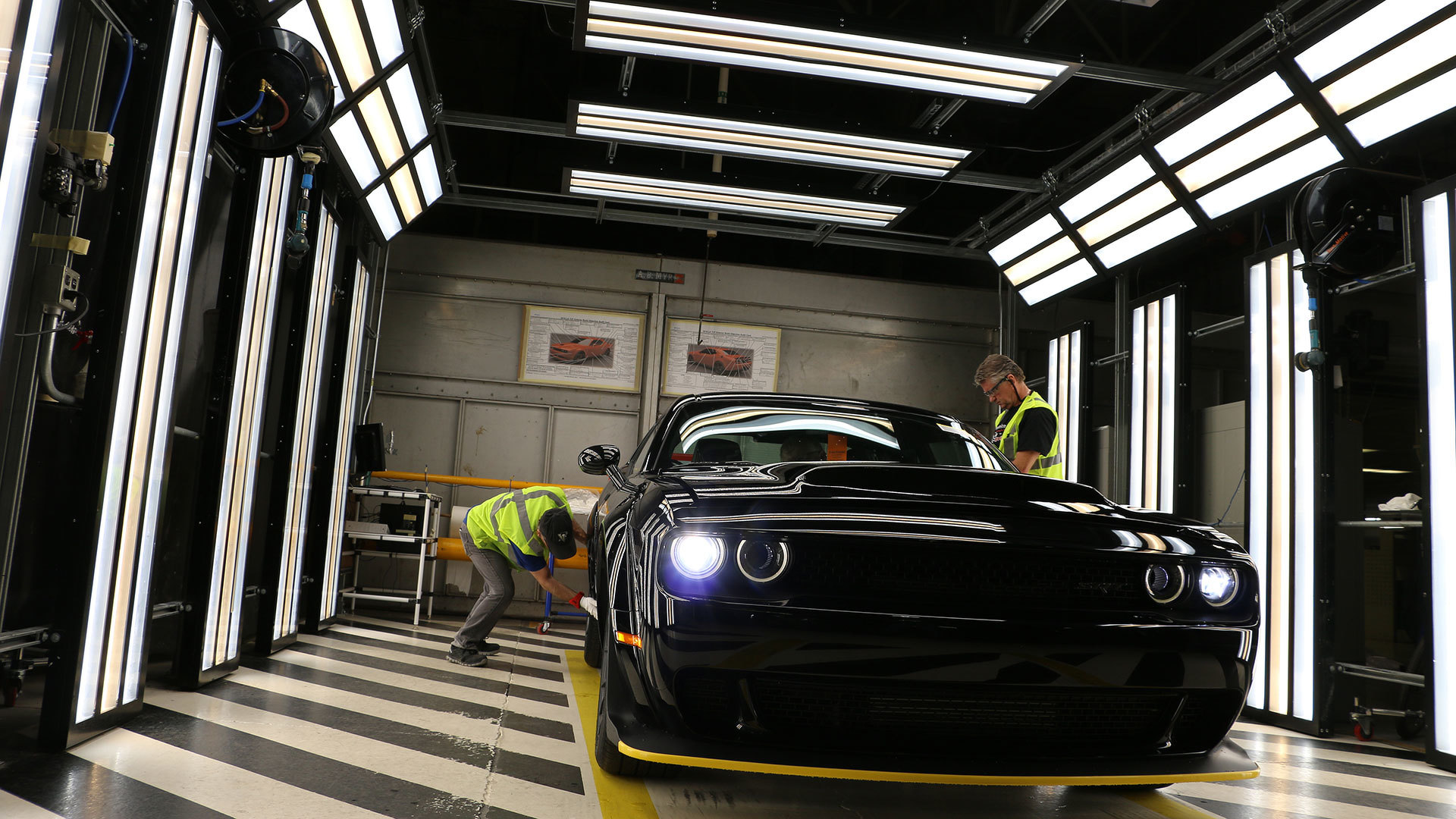