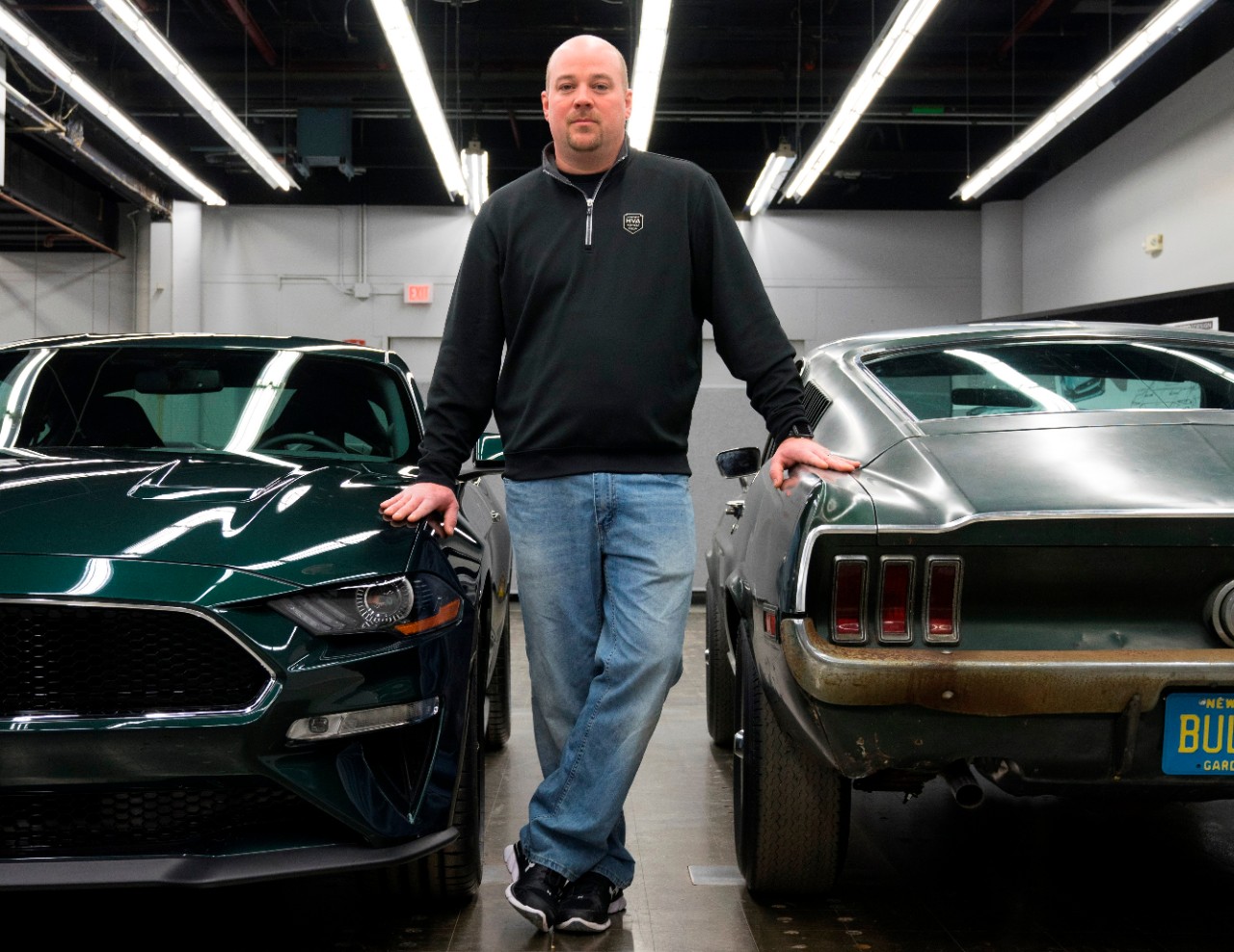 COLOGNE, Germany, June 28, 2018 – The iconic 1968 Ford Mustang GT driven by Steve McQueen in Warner Bros. Pictures’ classic film “Bullitt” – and lost to history until the beginning of this year – will make its first appearance outside of the U.S. at the 2018 Goodwood Festival of Speed, U.K., July 12-15.

The car that starred in the Warner Bros. film’s legendary 10-minute chase sequence – setting the standard for every movie car chase to follow – is set to feature on the 1.16-mile (1.9-kilometre) Goodwood Hillclimb course alongside the new special edition Ford Mustang Bullitt, now available to order in Europe and celebrating the 50th anniversary of the classic film.

One of two identical 1968 Mustang GT fastbacks used in the filming of “Bullitt”, the historic vehicle driven by McQueen resurfaced after more than three decades in storage. To fulfil his family’s lifelong dream, owner, Sean Kiernan, who inherited the car in 2014 from his late father, Robert, contacted Ford and the two parties worked together to reveal his movie star car at the 2018 North American International Auto Show, Detroit, in January. Kiernan is accompanying the car during its European debut at Goodwood.

Another very special Ford Mustang in one-off Eagle Squadron livery has been co-created by Ford Performance and Vaughn Gittin Jr.’s RTR Vehicles to pay tribute at Goodwood to American fighter pilots who served in the Royal Air Force during World War II.

World champion drifter Gittin Jr. will pilot the 700 horsepower Eagle Squadron Mustang GT on the Hillclimb course before the unique sports car is returned to the U.S. to be auctioned at the Experimental Aircraft Association’s largest fundraiser, The Gathering – with proceeds supporting the Association’s youth education programmes. Gittin Jr. also returns to the Hillclimb in his bespoke Mustang RTR drift car.

In addition to the track and rally stage action, visitors to the Ford stand at Goodwood have the opportunity to discover new models including the all-new Ford Focus and Ford’s comprehensive sport utility vehicle line-up that includes the compact EcoSport, mid-sized Kuga and flagship Edgemodels.