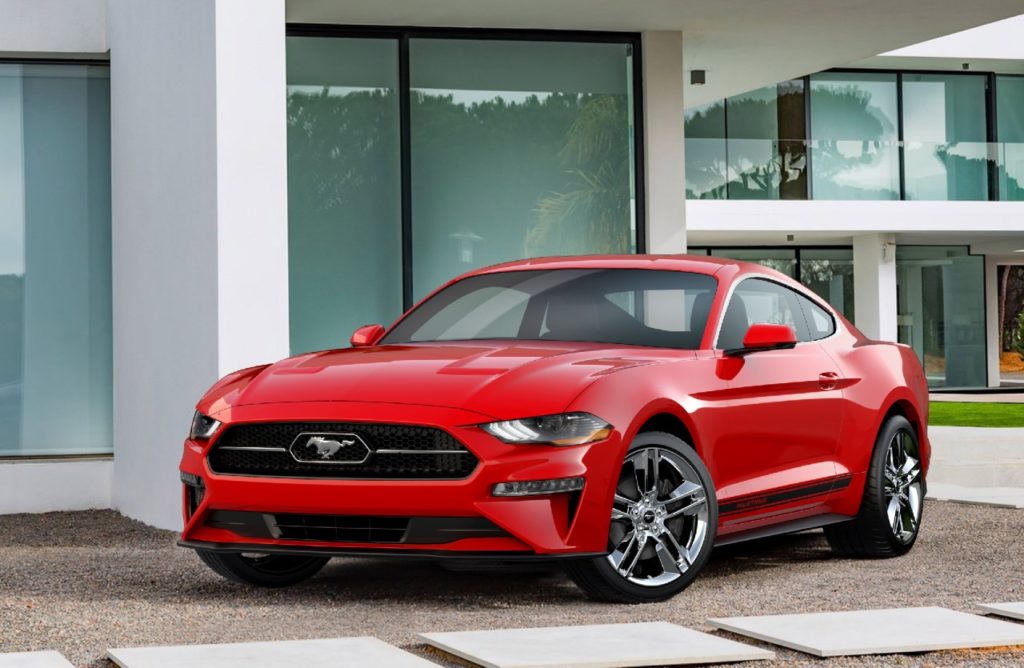 The pony is going back into the corral. An available Pony Package for the 2018 Mustang – offered with EcoBoost-equipped cars – gives a nod to the nameplate heritage with its grille-mounted pony-in-corral badge design. 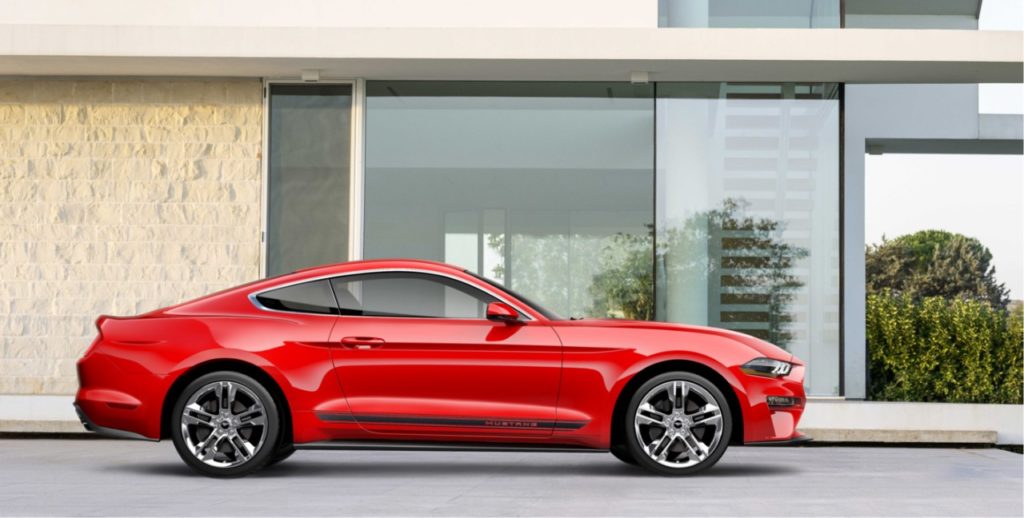 As it was more than 50 years ago, the iconic Mustang logo will be surrounded in a chrome corral for the 2018 Ford Mustang-equipped Pony Package. The badge design first appeared on Mustang in the mid-1960s when the car was still in concept phase. It has appeared in various forms since, and was last used as part of an anniversary package for 2015. 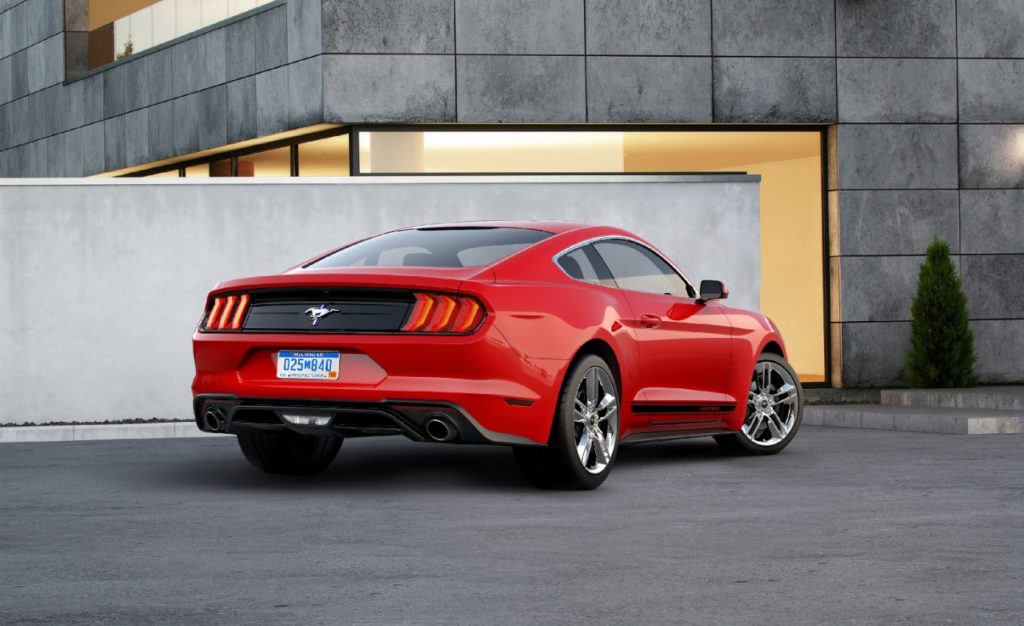 The pony-in-corral grille badge is one of numerous appearance updates included with the Pony Package. Other features include: