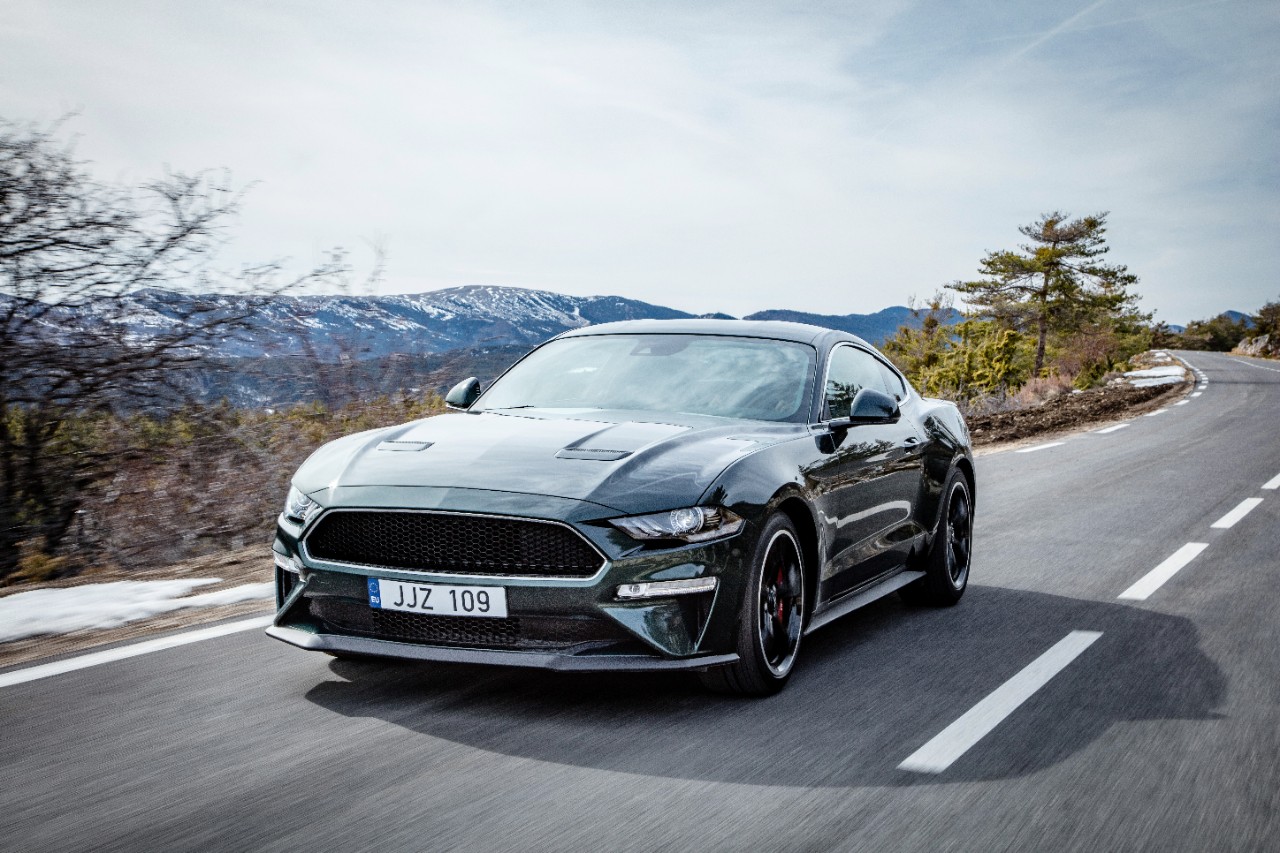 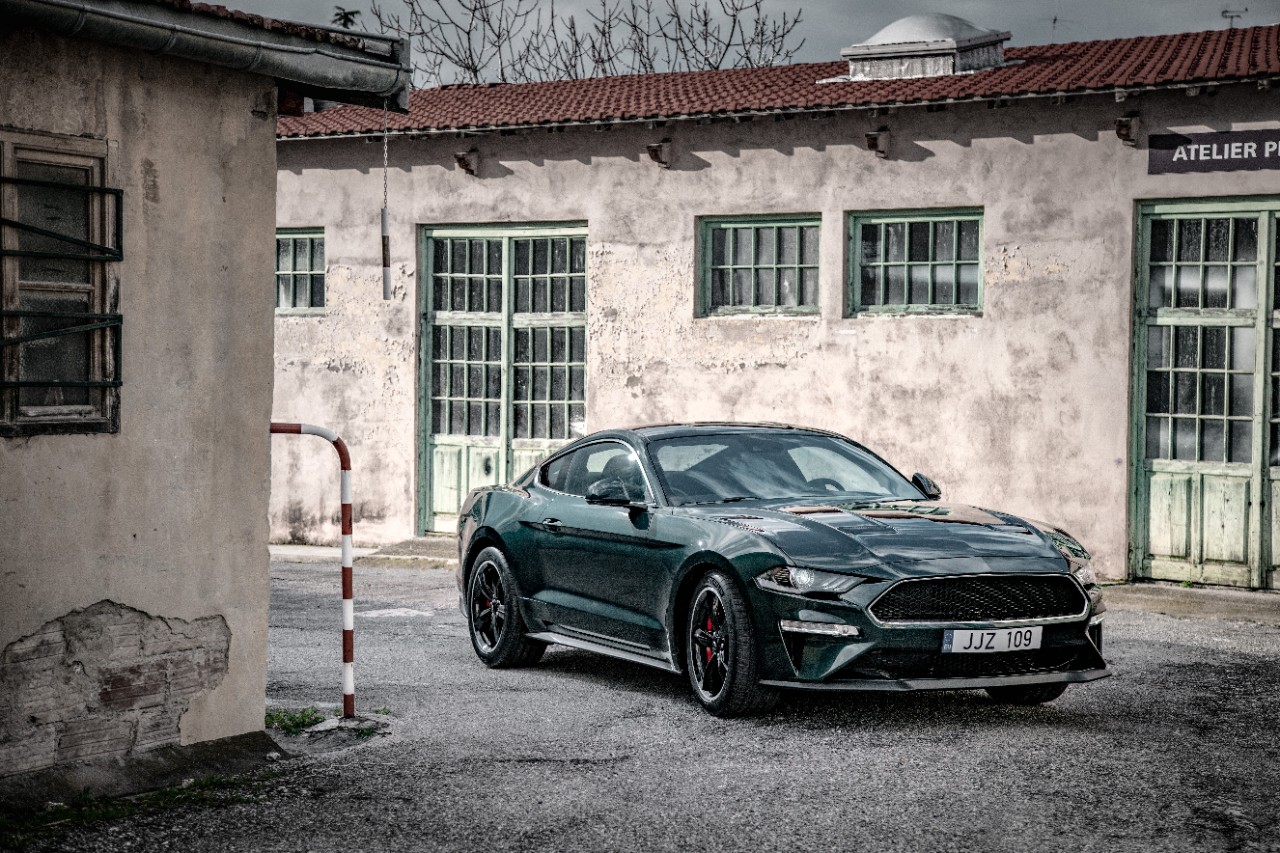 It’s one of the most epic car chases in movie history.

Almost 10 minutes long, the iconic sequence in the Warner Bros. film “Bullitt” follows Steve McQueen at the wheel of a 1968 Mustang GT fastback as he chases two hitmen through the streets of San Francisco.

Following a global public debut at the North American International Auto Show in Detroit earlier this year, the new Mustang Bullitt will go into production for European customers in June.

The interior will deliver Ford’s 12-inch all-digital LCD instrument cluster and will offer Recaro sports seats. Interior seat-, centre console- and instrument panel-stitching will reflect the exterior colour choice, and each Mustang Bullitt will feature an individually numbered plaque in place of the traditional Mustang emblem on the passenger-side dashboard.

“Nothing captured the spirit and excitement of Mustang quite like that amazing car chase in ‘Bullitt’,” said Steven Armstrong, group vice president and president, Europe Middle East and Africa, Ford Motor Company. “The new Mustang Bullitt will pack a similar punch when it goes on sale this year with more power, exciting new features like rev-matching and B&O PLAY audio, and – just like Steve McQueen – dripping with understated cool.” 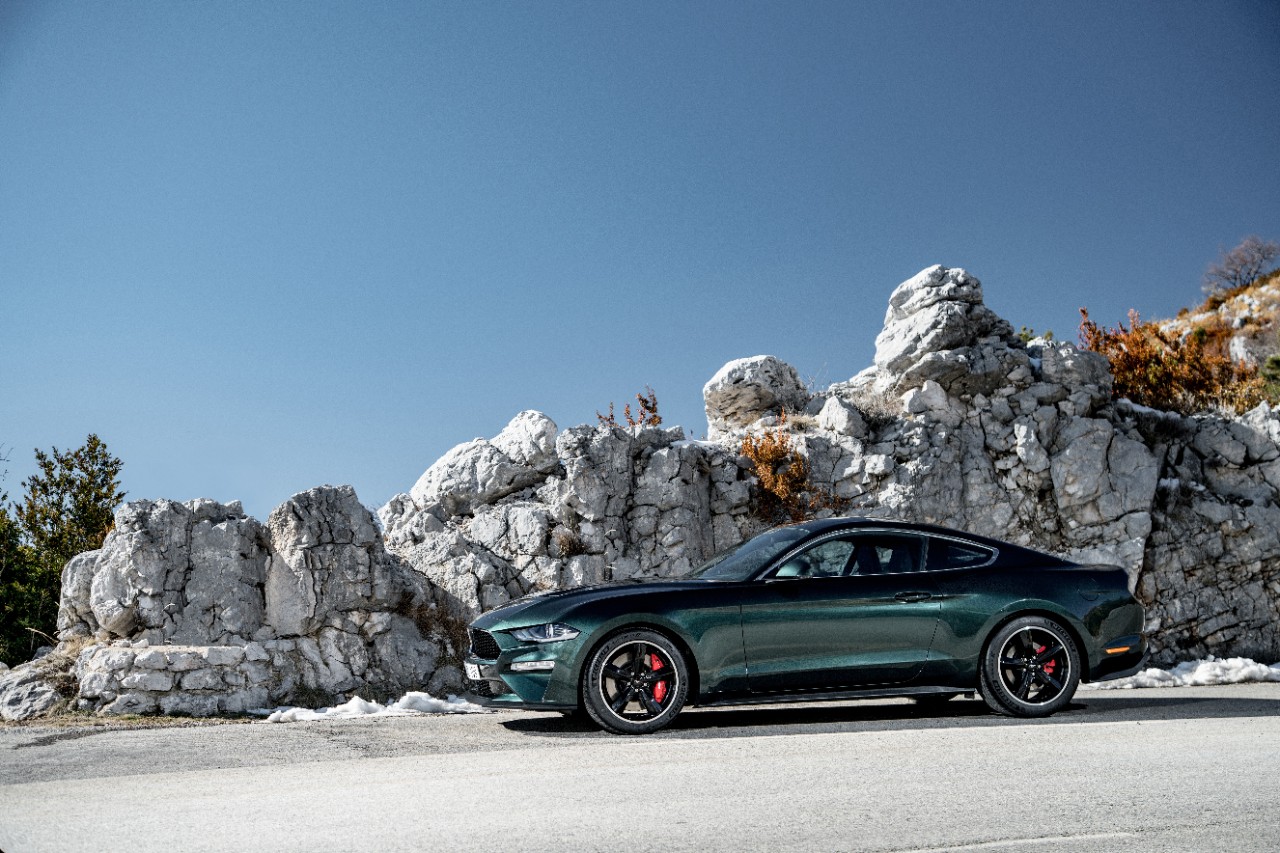 Ford enlisted the support of third-generation members of the McQueen family, Chase and Madison, to unveil the new Mustang Bullitt in Europe. Steve McQueen’s grandchildren – supported by their father, Chad McQueen – starred in their own car-chase scene set in the Swiss Alps surrounding Geneva, a homage to the iconic “Bullitt” chase-scene that still resonates with movie fans today.

“At home we’re surrounded by memorabilia and reminders of our grandfather’s role in ‘Bullitt’, and we’ve watched the film more times than I can remember, so to be part of launching the third-generation Mustang Bullitt here in Europe has been a special experience,” said Chase McQueen.

“Our dad, Chad, taught us to drive in Fords along the Californian coastal roads, so it’s been amazing working alongside him and this new car. We were over the moon that Ford and the Steve McQueen estate were recently able to donate the first new Mustang Bullitt VIN 001 for auction, raising $300,000 for charity,” said Madison McQueen. 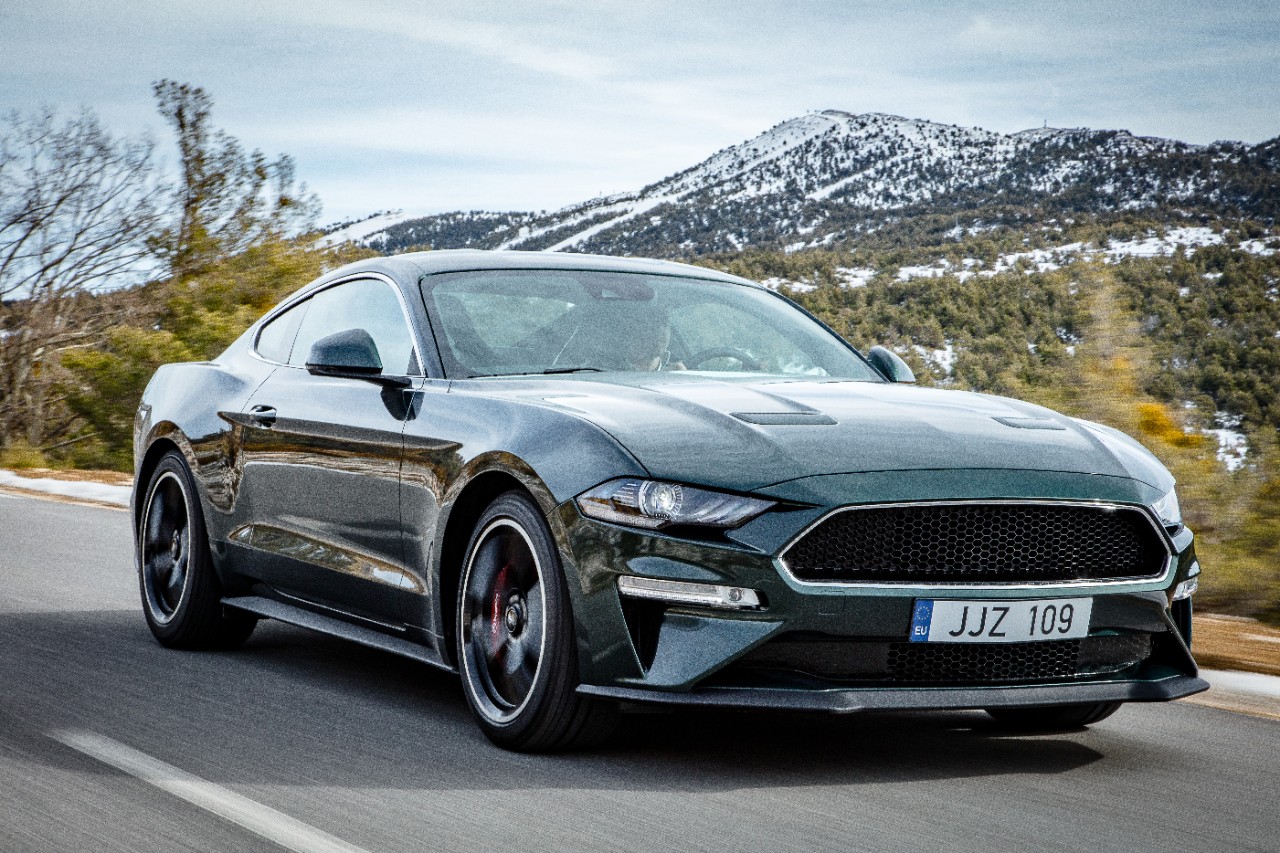 The new Ford Mustang Bullitt pays homage to the legendary Mustang GT fastback that featured in the 1968 Steve McQueen movie of the same name.

The new Mustang Bullitt will feature a six-speed manual transmission equipped with Ford’s new rev-matching technology, which uses the engine’s electronic control system to briefly “blip” the throttle as the driver downshifts – matching the engine rotation speed to that of the gear that is being selected for smooth, seamless gear-changes.

Further standard interior equipment includes a 12-inch all-digital LCD instrument cluster, identical in function to the cluster introduced on the all-new Mustang, but with a unique Bullitt welcome screen that starts in green with an image of the car rather than the pony. As a nod to the original car’s interior, the gear shifter features a white cue ball gearshift knob. 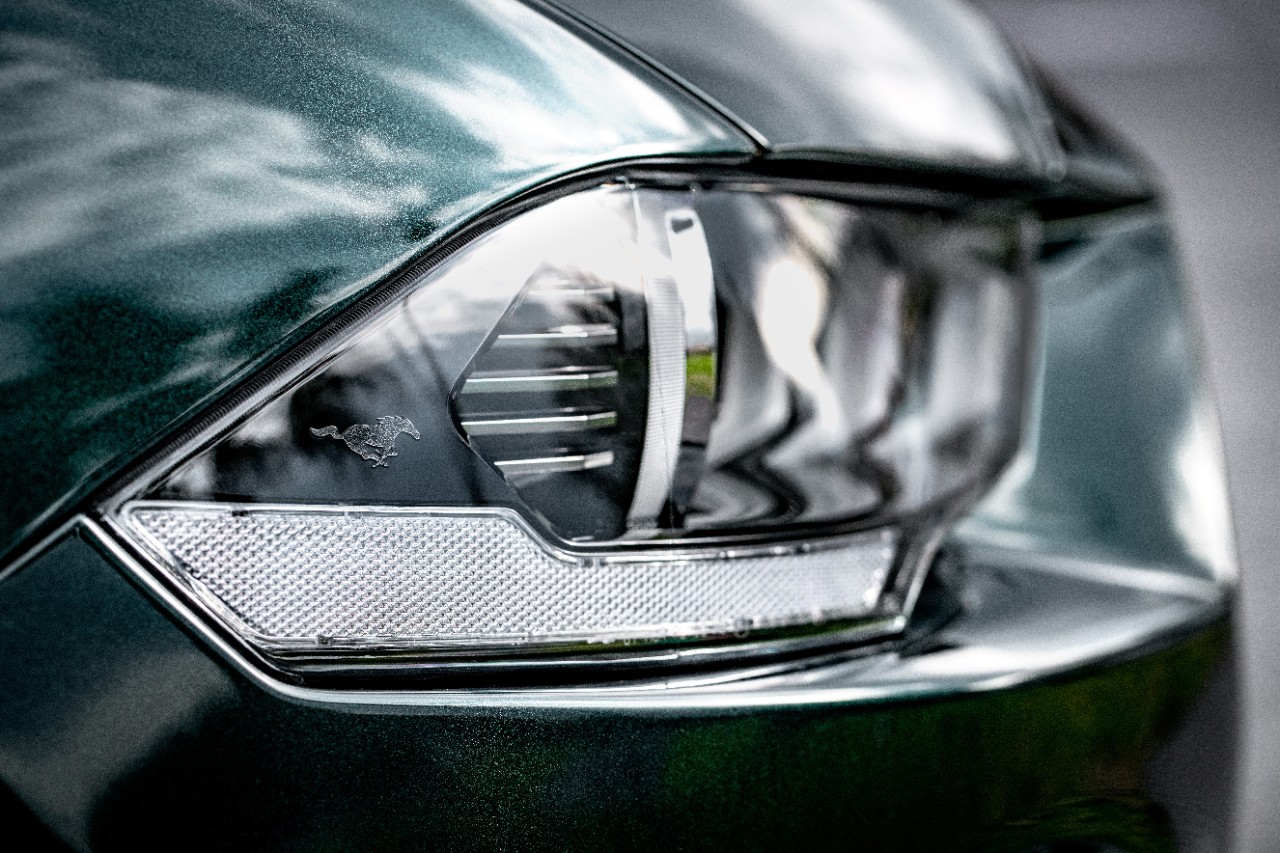 Other features that pay tribute to the car McQueen drove are subtle chrome accents around the grille and front windows, and a unique black front grille. Inside and out, the vehicle uses minimal badging; only the circular faux fuel-filler cap Bullitt logo on the rear centre is visible on the exterior.

“This new Bullitt is my favourite Mustang – devoid of stripes, spoilers and badges,” said Darrell Behmer, Mustang chief designer. “It doesn’t need to scream about anything – it’s just cool.”

Driver assistance technologies include and Blind Spot Information System with Cross-Traffic Alert that can alert customers of vehicles detected in difficult-to-see places.

Deliveries of the new Ford Mustang for customers in Europe will begin later this year.