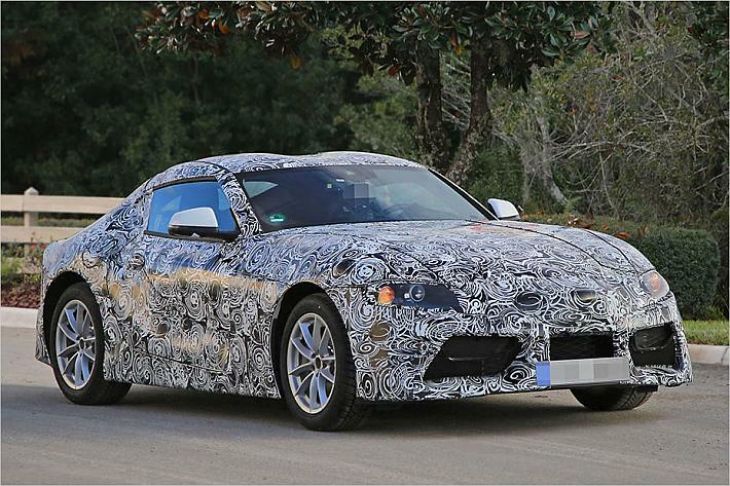 Toyota Supra! A name that means nothing only to the youngest cars lovers, but for older people it is a name that can warm their heart even if they are not Toyota’s fans. It is a legendary car which Toyota stopped to produce back in 2002.
Supra lives again, and that is the 5th generation which comes with completely new super light platform with front engine position which Toyota produces together with BMW. So this model will derive twins, BMW Z5 as a successor of Z4 and the new Toyota Supra generation.

Camouflaged body of the prototype’s photos doesn’t reveal the final shape of the new series. It will use petrol engine in Plug-in-Hybrid version. For now it is only presumed that in the beginning it will have four cylinder turbo petrol engine, and it is also mentioned 3.5 l V6 petrol engine which is used by Lexus. Considering the engine, the top version should be V6 Plug-in-Hybrid in combination with electric motor. But all of these are just rumors now. Petrol engines will have propulsion trough the rear-wheels while the electric trough the front. 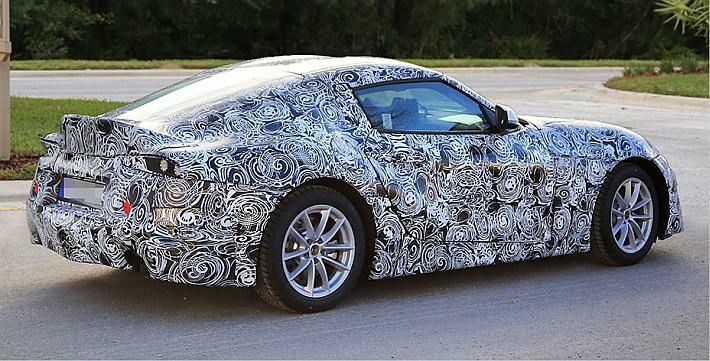 Toyota announced the premiere of the new Supra at Tokyo Motor Show which will be held from 27 November to 05 December 2017, and the beginning of the sales should be in the beginning of 2018. In the moment there is no information about the price, but German media predict a price in the region of 40.000 and 50.000 euros. 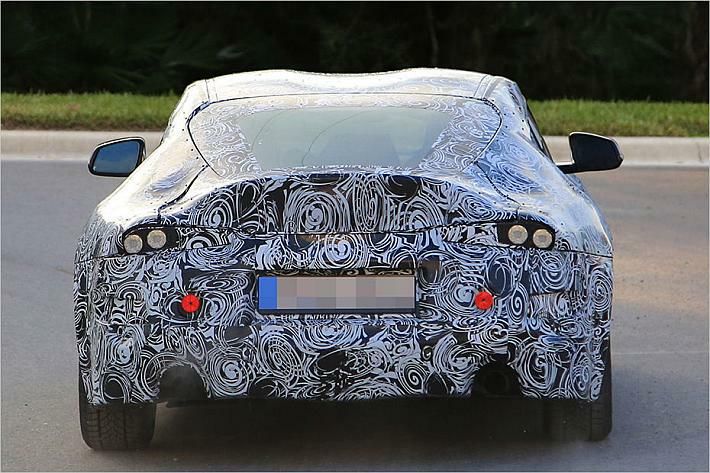