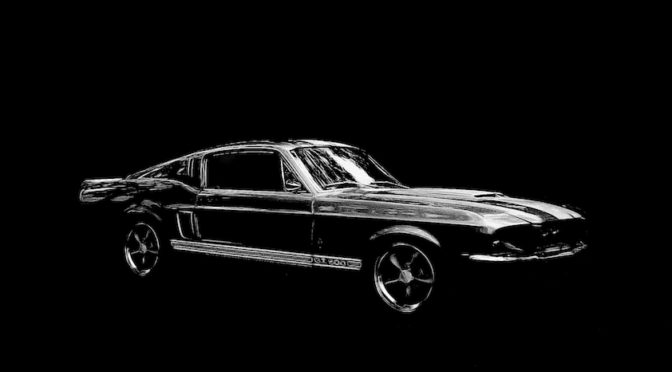 The Revology Shelby GT500 is powered by a ROUSH Performance-built all-aluminum, supercharged 5.0L RSC V-8 engine. Based on the Ford DOHC Ti-VCT ‘Coyote’ motor, the ROUSH powerplant is rated at 600hp and 475 lb ft of torque.
Revology Cars president and founder, Tom Scarpello, says the ROUSH engine gives the Revology GT500 a power to weight ratio on par with a Ferrari 458. “This is the classic muscle car formula–an immensely powerful engine in a relatively lightweight car—taken to the next level,” says Scarpello. “It is not only fast, it also stops and turns like a sports car and is civilized enough to be driven daily.” Like all Revology Mustangs and Shelbys, the GT500 was designed to capture the spirit of the original car with modern performance, reliability, and comfort.
A full release on the Revology Shelby GT500 will be distributed on October 31. The Revology Shelby GT500 will be shown at the ROUSH Performance exhibit at SEMA. Source:Revology Cars