“Carroll Shelby’s first ‘clean sheet’ car, was the Shelby Series 1,” said Joe Conway, CEO of Shelby American. “Carroll always intended for that innovative chassis to be the first in a line of modern sports cars, which is why he called it the Series 1. The new Shelby Series 2 is the evolution of that minimalist car, offering breathtaking performance in a modern two seat roadster.”

The Series 2 story began with a dream in the 1990s. Carroll Shelby had built many vehicles in partnership with several companies based on a chassis or design from those carmakers. Around 1996, he decided to produce a car that was pure Shelby.

Though it was a fresh design, the Shelby Series 1’s front engine, rear wheel drive layout was fairly traditional. The styling was lauded for being both sporty and aggressively handsome because it melded “big roadster” proportions with a variety of classic cues.

Crafted of lightweight composite materials, the Shelby Series 1 only weighed about 2850 pounds, including its well-appointed leather trimmed interior, top and air conditioning. The all-aluminum monocoque chassis was then, and is still, one of the stiffest chassis in the world, with the engine mounted aft of the front suspension for a nearly perfect 49/51 weight balance. The naturally aspirated Aurora 4.0-liter DOHC V-8 engine was rated at 320 horsepower connected to a rear mounted 5-speed manual transaxle; a supercharged option increased horsepower to about 460. A total of 249 were built.

The new Shelby Series 2 emerged through a unique agreement between Shelby and Wingard Motorsports to create a handful of cars with the choice of an aluminum, carbon fiber or one of the first titanium car bodies. Wingard can finish out the roller for customers, too.

“Several years ago, Wingard Motorsports purchased the remaining Shelby Series 1 chassis and parts,” said Gary Patterson, Shelby American President. “Working with Shelby, founder Bob Wingard revised the car to reduce weight by maximizing the integration of billeted aluminum and carbon fiber components. He further refined the suspension, braking and drivetrain to allow an increase of more than twice the horsepower of the original car. The Series 2 is now more than 12% lighter and will support over 800 horsepower.” 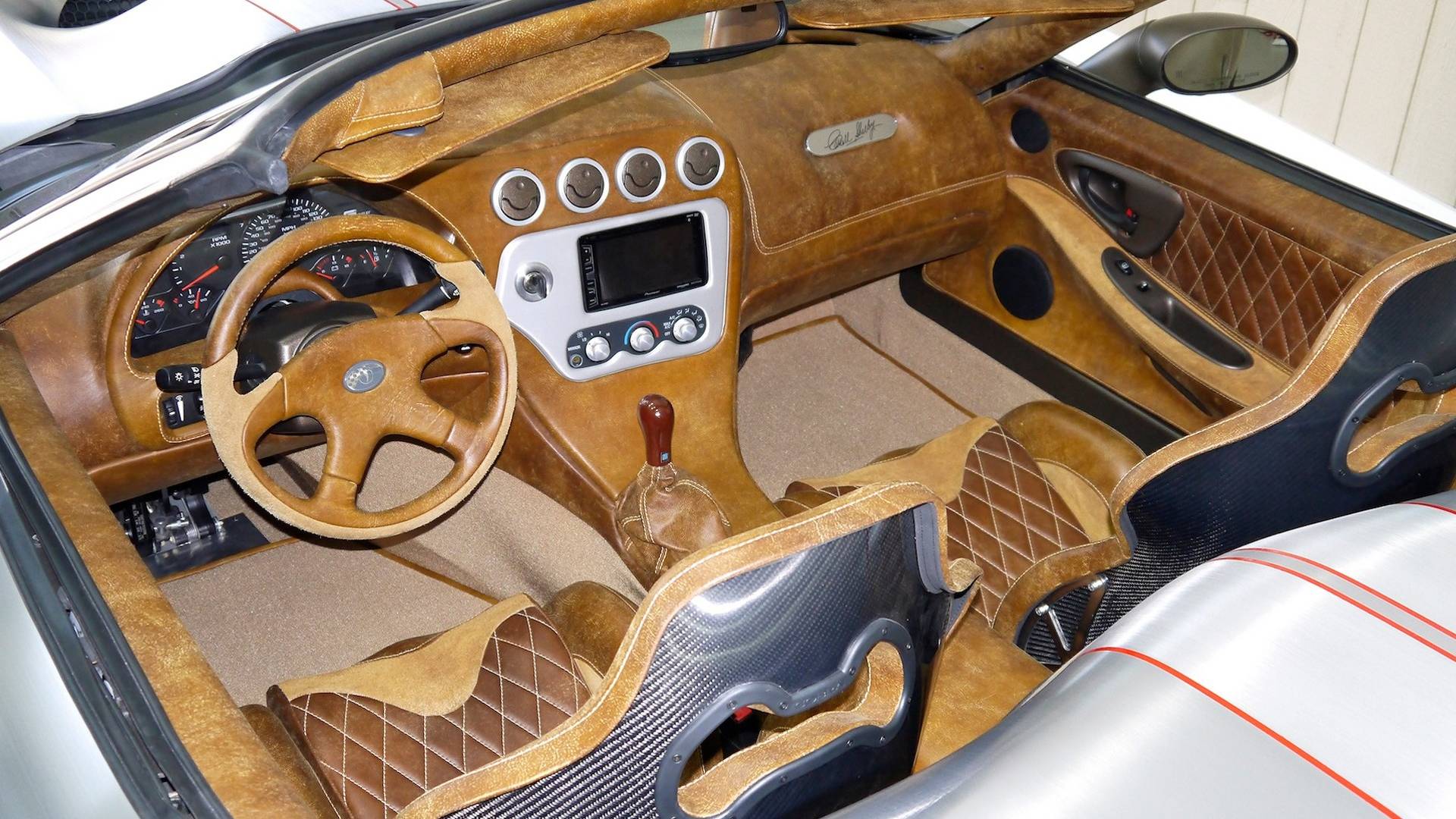 The Shelby Series 2 is built on the original aluminum honeycomb monocoque frames with next generation hardware. It uses an inboard cantilevered suspension design for the front and rear, which minimizes the sprung wheel weight. Penske Shocks fine-tuned the suspension at their facility in Charlotte. The car has a big brake system with 6-piston calipers on all corners and custom 19” mono block performance wheels with Pilot Cup 2 tires.

Standard drivetrain configuration is for a 5 speed ZF transaxle torque tube coupled to a multi-disc clutch system mated to a Carroll Shelby Engine Company 427 FE or 427 Windsor motor. Other engine options can be supported, as well as multi-point seat belts and 4 or 6 point roll bars. However, the Shelby Series 2 will not come with cupholders.

Each commissioned Series 2 will be a unique and “one-of-one.” Custom interiors designed to accommodate most drivers with an incredible six inches of peddle adjustment will include carbon fiber Carroll Shelby signature seats. Aluminum bodies will be available in a brushed, polished or painted finish with the Shelby signature racing stripes.

“While the Shelby Series 2 is based on the first-generation car, it’s a significant leap forward,” said Patterson. “It blends old school craftmanship and current technology, pushing the roadster into super car territory. It is the perfect car for collectors and enthusiasts globally who want the ultimate in exclusivity and to be completely engaged with the driving experience.”

The Shelby Series 2 includes a one-year warranty for parts and labor, as well as painted finishes. Shelby will offer a weekend training session at Spring Mountain Raceway near Las Vegas to new owners who want to maximize their driving enjoyment.