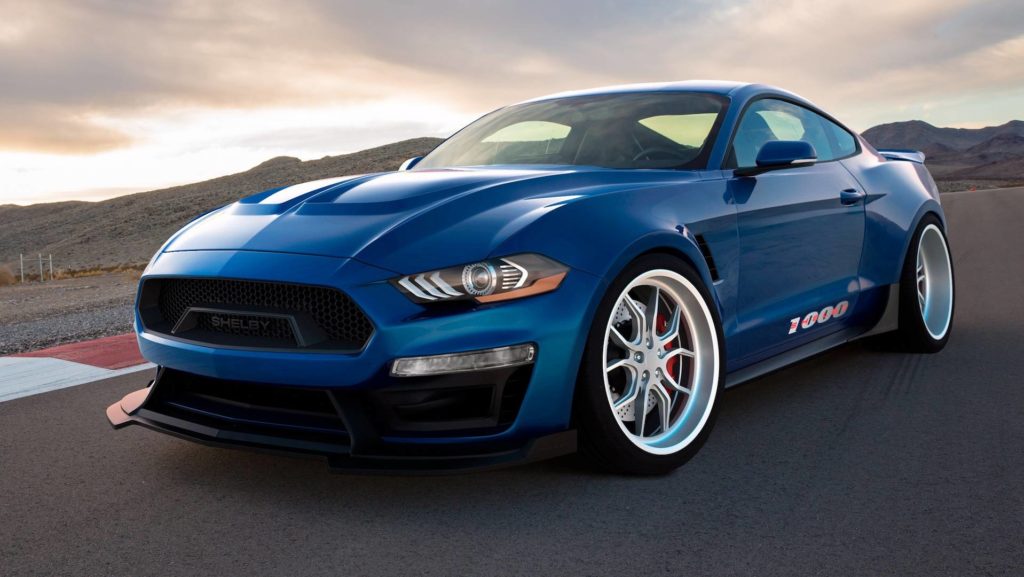 Shelby American CEO Joe Conway has announced that the team at Shelby American, Inc., has once again rocked the automotive world with the return of its legendary Shelby 1000. Based on the 2015 and newer Ford Mustang GT, the 1,000 horsepower track car was unveiled today at Shelby American’s Las Vegas facility during SEMA week. The Shelby package includes a new suspension, along with custom body panels, brakes, tires and wheels to maximize the supercharged 5.2L V8.

“From the first Cobra in 1962 to this latest Shelby super car, Shelby American continues to push the performance envelope,” said Gary Patterson, Shelby American President. “The Shelby 1000 program was designed and engineered by our team in Las Vegas, making it our most ambitious program in the past decade. The new Shelby 1000 demonstrates our commitment to leading American performance from the highways to the track and trails. Second place is first loser, and we intend to stay out front.” 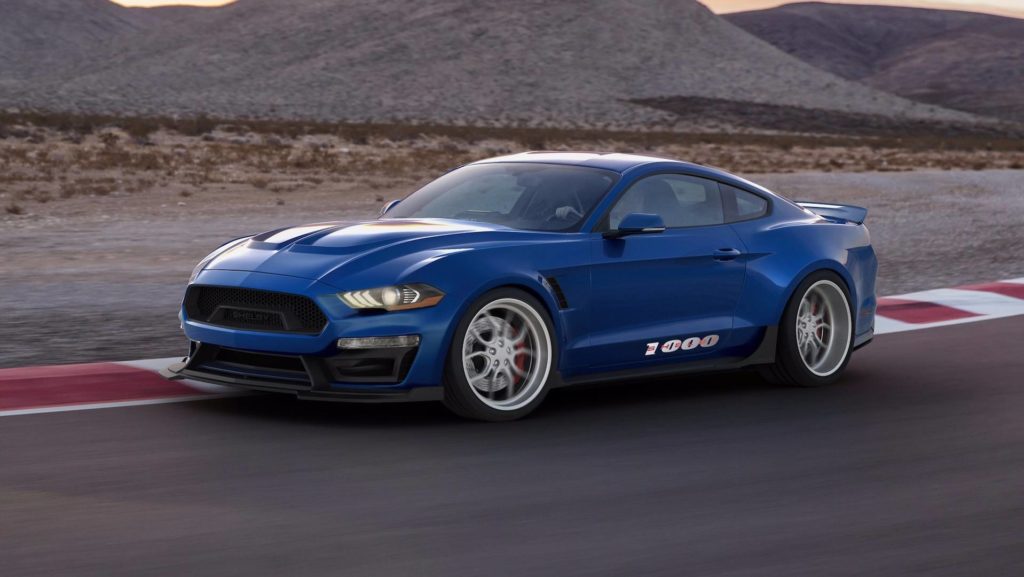 Shelby American’s transformation of a 2015 and later Mustang GT begins with the replacement of the stock V8 with a 5.2L supercharged engine that features best-of-the-best internals, a traditional 90-degree crank, modified GT350 cylinder heads and a 4.5L Whipple supercharger. Shelby adds a litany of equipment necessary to make or sustain a thousand ponies, from a new high flow fuel system to an intercooler, transmission, ECU and tuning. Then its craftsmen widen the car’s track with custom bodywork.

“We do far more than just add horsepower and cosmetics to the Shelby 1000,” said Vince LaViolette, Shelby American Vice President of Operations and head of development. “We replace every major component to create the ultimate track machine. The result is a car that will slice through corners and blast down straights with amazing ease.”

“The 2012 through 2014 model year Shelby 1000 was based on the 5.8L Ford Shelby GT500, and while we significantly altered the suspension, it was best suited for the drag strip,” said Patterson. “The new Shelby 1000 is an entirely different car designed to be the ultimate road course warrior.”

Achieving this goal was not easy because the current generation Ford Mustang is far more complicated than the previous platform with a new independent suspension front and back, as well as a completely new chassis.

“Since Ford dropped the solid axle rear end, we had to take an entirely new approach,” said LaViolette. “Not only did we build strength into the car with components like heavy-duty halfshafts and CV joints, we revised the entire suspension by using tubular adjustable upper and lower control arms, as well as fully adjustable coilovers. We then added 10 and 12 inch forged wheels with sticky 20 inch rubber to maximize traction with this high level of power.” 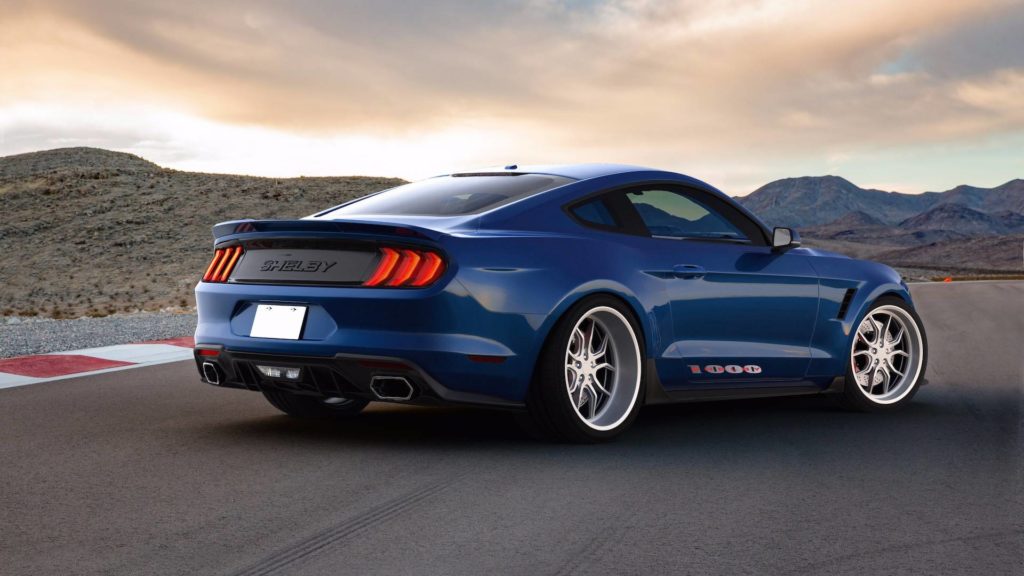 While the previous generation Shelby 1000 was offered in both street and off-road configuration, a decision was made not to pursue emissions compliance on the new model. The newest generation car is purely a track star.

While Shelby American debuted the concept on a 2018 model year Mustang, the package is available for any V8 Ford Mustang built since the 2015 model year. Only 50 per model year will be built by Shelby American in Las Vegas beginning in the first quarter of 2018. Each car will be documented in the official Shelby Registry.

The beginning MSRP for the package is $169,995.00, not including the Ford Mustang GT. For more information about the Shelby 1000, visit www.Shelby.com.   Source: Shelby American