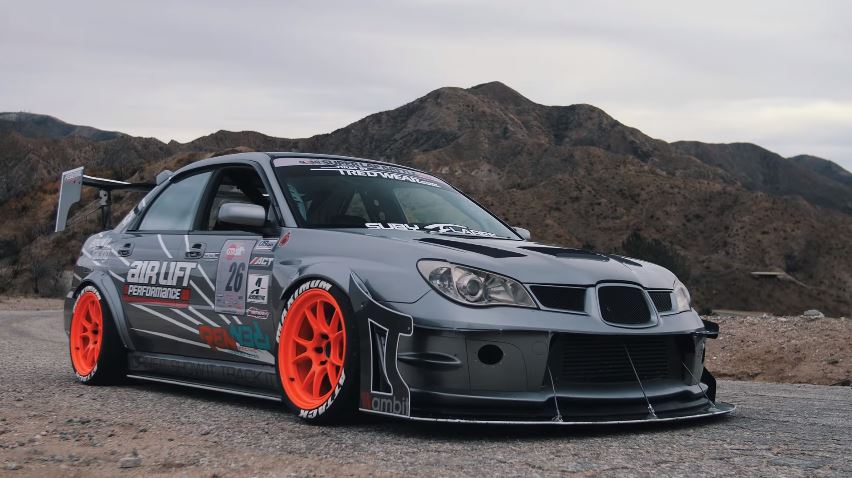 There’s a definitely stereotype in the modified scene that cars on air suspension are typically all show, no go. And with hordes of showcars aired out flat on the floor, there’s some truth behind that belief. But can cars on air suspension actually be serious, competitive machines? Cody Miles thinks so. Source:Gears and Gasoline on YouTube
Cody has already worn a number of engines but his current engine has been running for a while. The 2.5-liter engine in the Subaru WRX STI has new camshafts, a BorgWarner EFR 7163 Turbo and on E85 fuel it delivers 495 horsepower wheel horse power, that’s around 600 horsepower on the crankshaft.