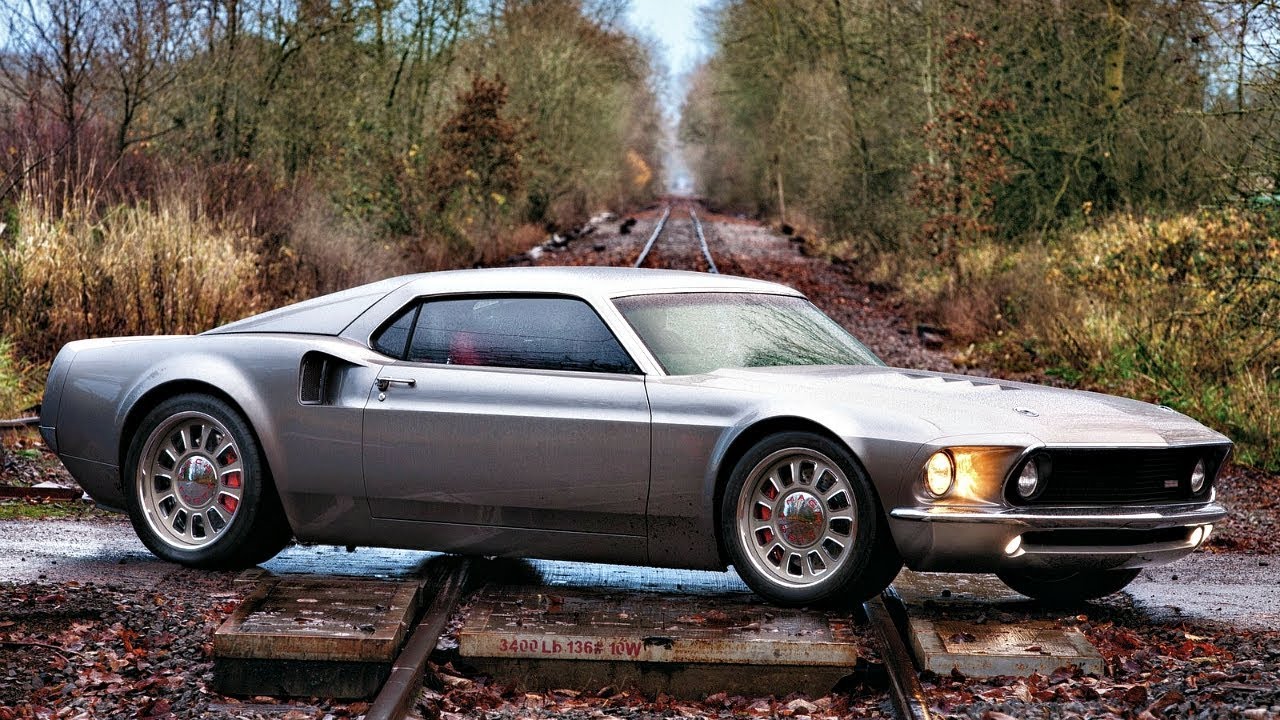 Originally a 1969 Mach 1, the goal was to create a mid-engine concept car. The idea: put a ’69 Mach 1 and 2006 GT 40 super car together, incorporating the modern Ford technology into the body of a Mach 1.

The car was being built to be a one off, but also built to perform. The power train, a 5.4 liter DOHC GT super car motor (salvaged from a wrecked Ford GT), was upgraded so it has a Wipple 4 liter supercharger along with drive-by-wire throttle. In addition the motor was converted to a flex-fuel system.

The base horsepower can be dialed in, literally there is a dial control in the car, from 660 to 850 HP. It also has auto and manual traction control.

It was important to keep the body style a true-to-its-roots 1969 Mach 1, they did not want a modern looking car.