All the fans of cars know that Porsche applies a system of evolution but not revolution when it comes to the 911 model. The story continues with a new model which keeps the original shape but with some modifications like rear lights, inspired by Mission E concept. We can expect that the final product of 911 will be better than this spied prototype. 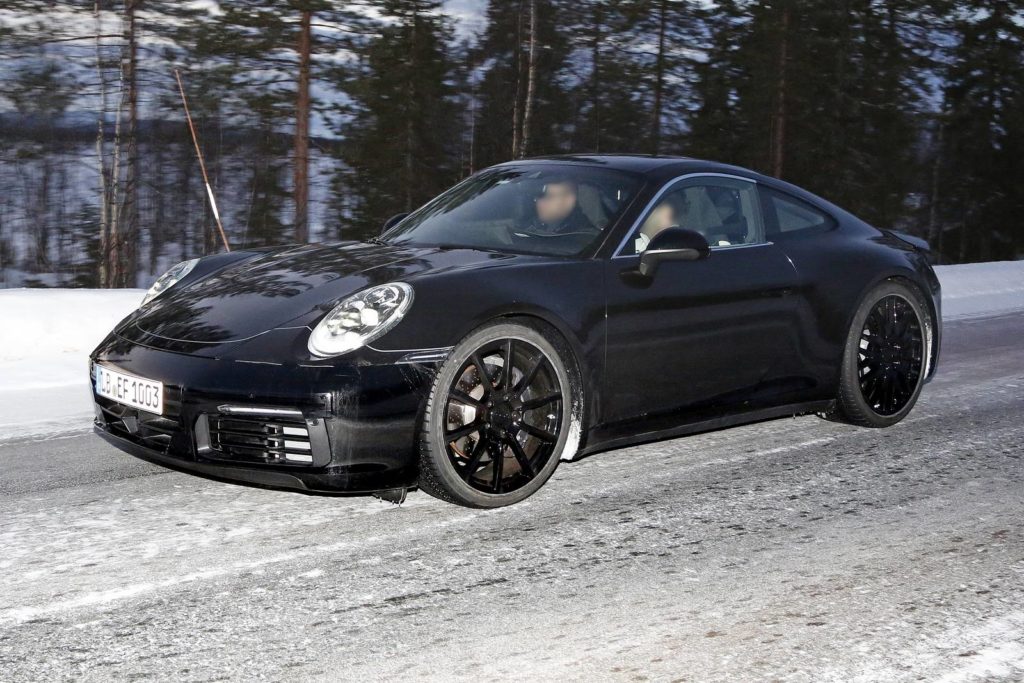 What is also noticed is wide spoiler, which extends to the entire width of the rear, and the camouflage of the rear windows has also been modified. 992 seems wider than the actual model, along with more muscular front and rear mask with emphasized wheel arches. Wider wheels on both axles are probably planned and we can also expect the axle distance to be a little bit bigger.
While the previous prototype was based on Carrera 4, this time it is very likely it will be more powerful, Turbo/Turbo S version which is proved with bigger ventilation holes. 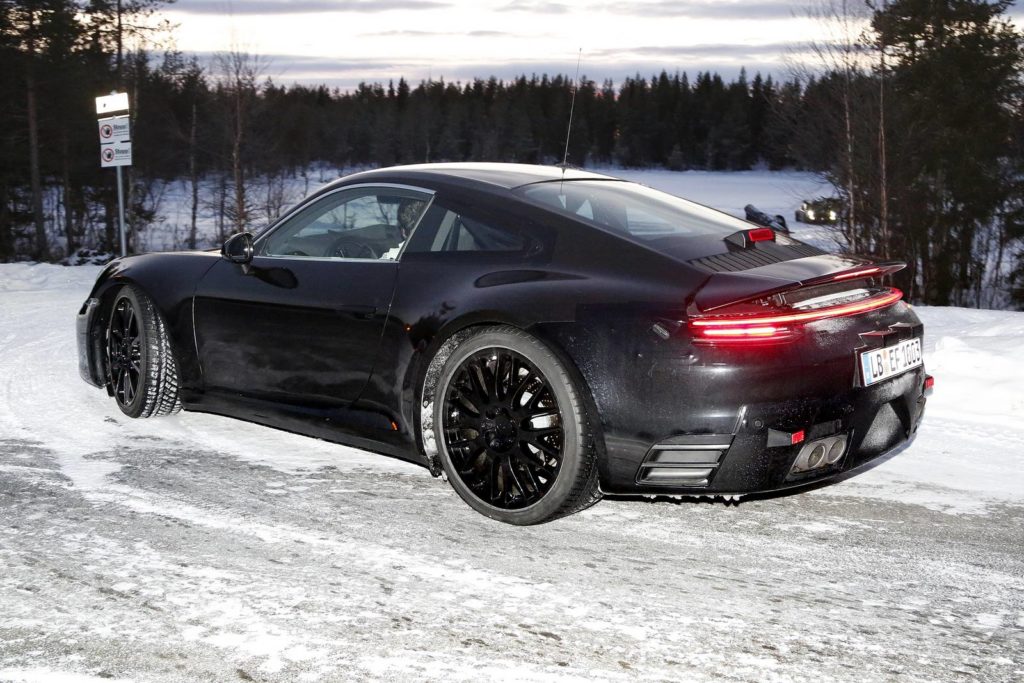 The new generation of 911 will make their debut in the second half of 2018, and will be on the market by the end of 2018, while the electrical Mission E sedan is expected to come out in 2019.