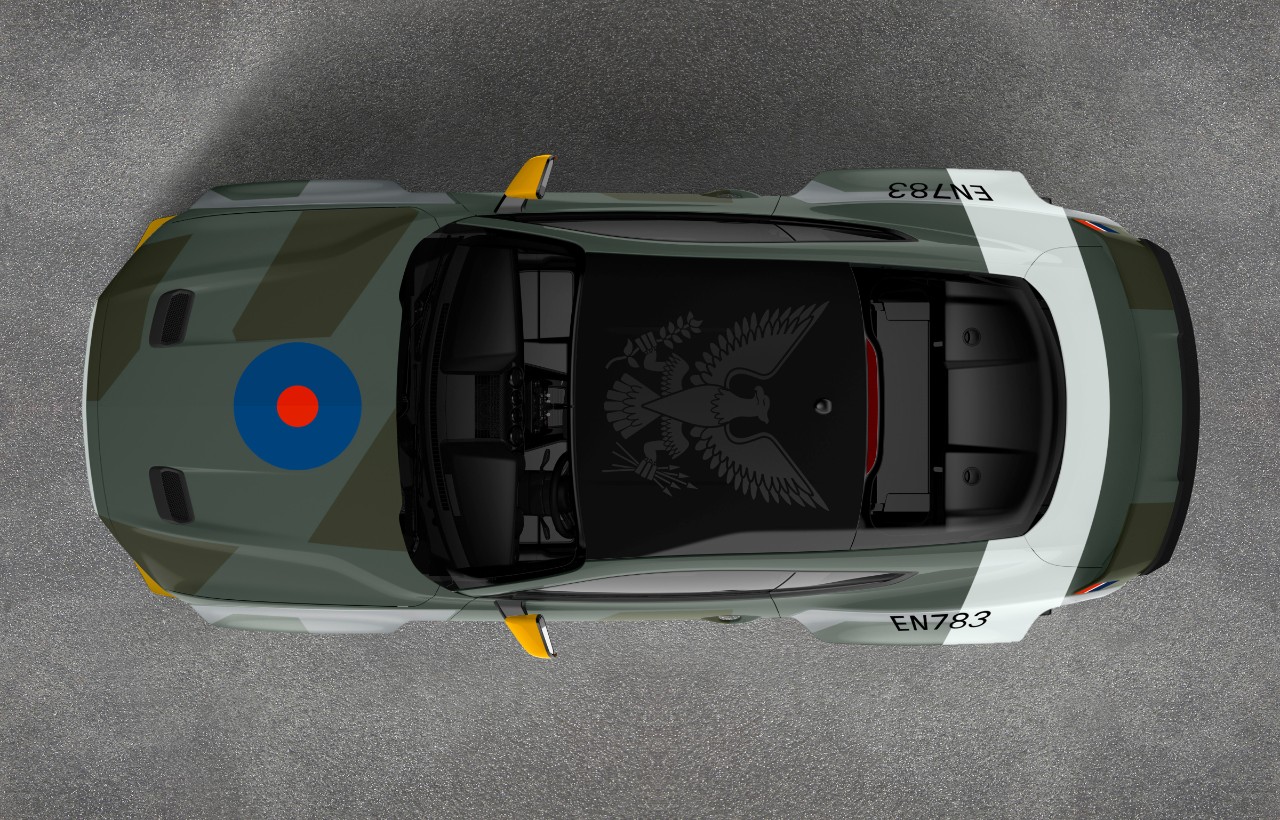 Co-created by Ford Performance and Gittin’s RTR Vehicles, the camouflaged, fighter aircraft-inspired Mustang GT fastback debuts at Goodwood before heading back to the U.S. for the Experimental Aircraft Association’s largest fundraiser, The Gathering, held on July 26 during the EAA AirVenture Oshkosh fly-in in Oshkosh, Wisconsin. The event draws more than 1,000 aviation enthusiasts annually.

The Eagle Squadron Mustang GT will be auctioned off at The Gathering to support the EAA’s youth education programs.

“Supporting young pilots through the EAA charity auction reflects Ford’s aviation history, tracing back to the company’s early days and the Arsenal of Democracy during WWII,” said Darrell Behmer, Ford Mustang design chief. “The Eagle Squadron Mustang GT build with Vaughn and the Ford design team is a great way to honor our heroes and keep the spirit of aviation alive for the next generation of American pilots.”

2018 marks the 20th year Ford has supported The Gathering during EAA AirVenture. All proceeds will be donated to EAA’s youth education programs to encourage and support the next generation of pilots. In all, Ford has donated 11 custom-designed vehicles and helped raise more than $3 million.

Powerful and menacing-looking, this one-of-a-kind beast takes its inspiration from World War II Royal Air Force Eagle squadrons that flew over the fields of Goodwood nearly 80 years ago. The three Eagle Squadrons included a diverse group of American volunteer pilots who risked their lives fighting in the skies over northern Europe, including the British coast and France prior to the U.S. entering the war.

The car’s highest bidder also receives an all-inclusive package for two to attend the 2018 Ford Woodward Dream Cruise in Detroit in August to take delivery of the car along with a plaque autographed by Gittin and members of the Ford design team.