This classic Ferrari 250 GTO is on the way of becoming the most expensive car in the world after it will be sold for £45 millions. It was produced in 1962 and is regarded as one of the most important collectible car for the collectors around the world. Only 36 were ever made and this particular unit is the second to roll off its production line. The 250 GTO took part in the legendary races, Le Mans and Sebring. Despite the fact being more than 50 years old, It can run 0 to 60mph (0-97 km/h) in about 6 sec before topping out at 170mph (273 km/h).
The Ferrari is now on the market for the first time in 20 years. John Collins, the chief of Ascot-based Ferrari specialist Talacrest, is selling the car for £45 million (around $56 million). He said: “I’ve been looking for a 250 GTO for a very long time and the opportunity come up with this one, which is the second GTO ever built. It’s a beautiful Ferrari which can be defined as the Holy Grail in the world of the classic cars. It has a very good racing history, having finished 6th overall at Le Mans and 1st in class at Sebring”. “I already have one offer for the GTO 250 and I am sure that more are coming. After the US presidential elections people will be investing in assets and this is a lot better than a painting on the wall.” Usually when a car like 250 GTO is being sold, the auction is done behind closed doors with a small number of brokers negotiating deals between the world’s richest car collectors. This will be the first case in more than 20 years where the GTO will be openly marketed. In 2014 the auction house Bonhams sold a GTO 250 for 38$ million (£30 million) in the US, while the last time a GTO was auctioned before this was in 1990.
The car on the photos was produced in March 1962 and was used by Ferrari for testing. Afterwards it was sold to Luigi Chinetti and his legendary North American Racing Team.
This is the first GTO that was used for racing, and was driven by Phil Hill, who won 1st place in its class, and 2nd place overall in “12 Hour Sebring”. The car then competed in “24 Hour Le Mans” in 1962 where it finished 3rd in class and 6th overall. Between 1962 and 1965 the car was on the podium several times with different drivers. 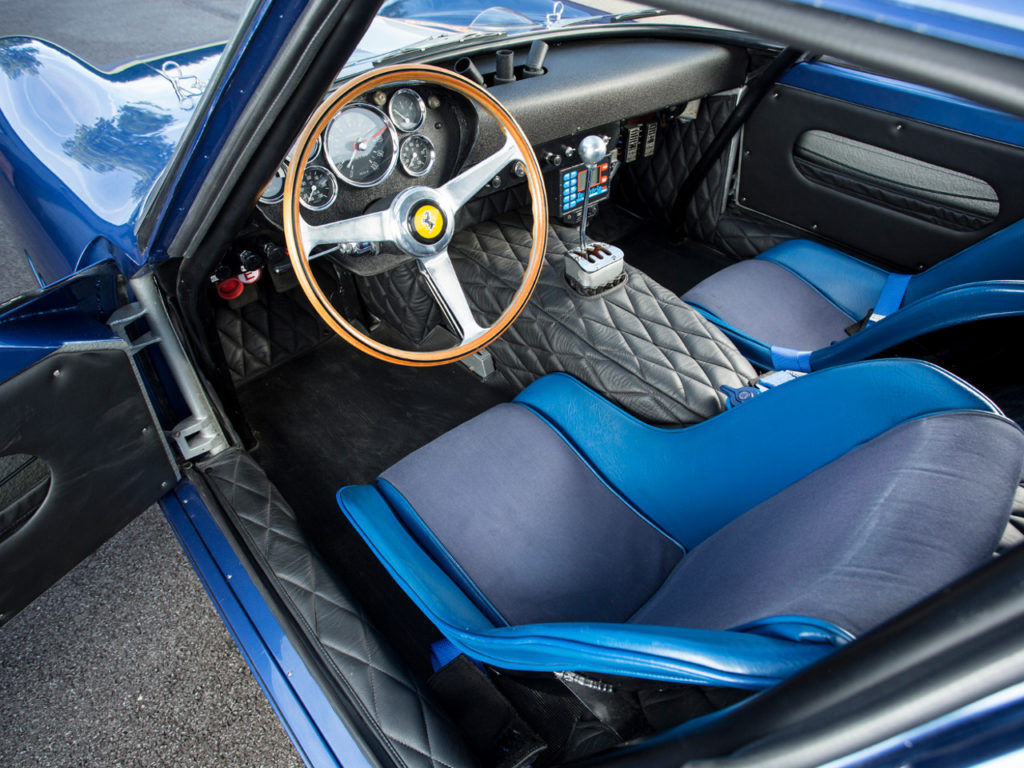